In her third solo exhibition at Xippas, the artist presents a selection of works, in the form of a small anthology, that looks back over the last ten years of her recent work. The selection will present works of different formats and techniques, such as her collage boxes, works on paper and a group of recent works, most of which have never been shown in public, and will for the first time demonstrate her recent artistic evolution, from her collage works to her works made in keeping with her research with the traditional techniques of tempera and casein.

The curator Manuel Neves explains that “this new creative moment began to be processed at the end of 2008 and presented its first results in the exhibition Deriva, held at the Galerie Jeune Création in Paris in June 2009.

In that project, the artist abandoned the use of the photographic image as a model, which defined the visuality of her works and at the same time connected it in some way with reality, to approach experimentation in an uncertain space of representation, orienting herself towards abstraction, that is, towards ambiguity and the enigmatic, which is the most basic meaning of that word.

On a technical level, she deepened her experimentation with watercolour on paper, collage, and sculpture, producing three-dimensional works made of wood and fretwork paper, which unfolded in space without precise limits. Although in their visuality, figurative and abstract cannot be clearly distinguished in these works, they maintain a subtle relationship with landscape and nature.

Subsequently, in the works presented in July 2013 in the exhibition Ningún lugar, held at the Museo Nacional de Arte Visuales in Montevideo, the artist deepens and elaborates the resources of collage, which gains a three-dimensional reality.

In the series of works that make up the exhibitions Vislumbrar Extático,  Extatique and Pasajes Extáticos, Rita Fischer approaches the traditional technique of egg tempera on wooden plates”.

Research into the ancient techniques of painting preparations such as tempera, has led the artist to experiment with other techniques, such as casein. And she opens avenues of contemplation, in relation to and in reaction to this organic matter in the environment that coexists and expresses itself. 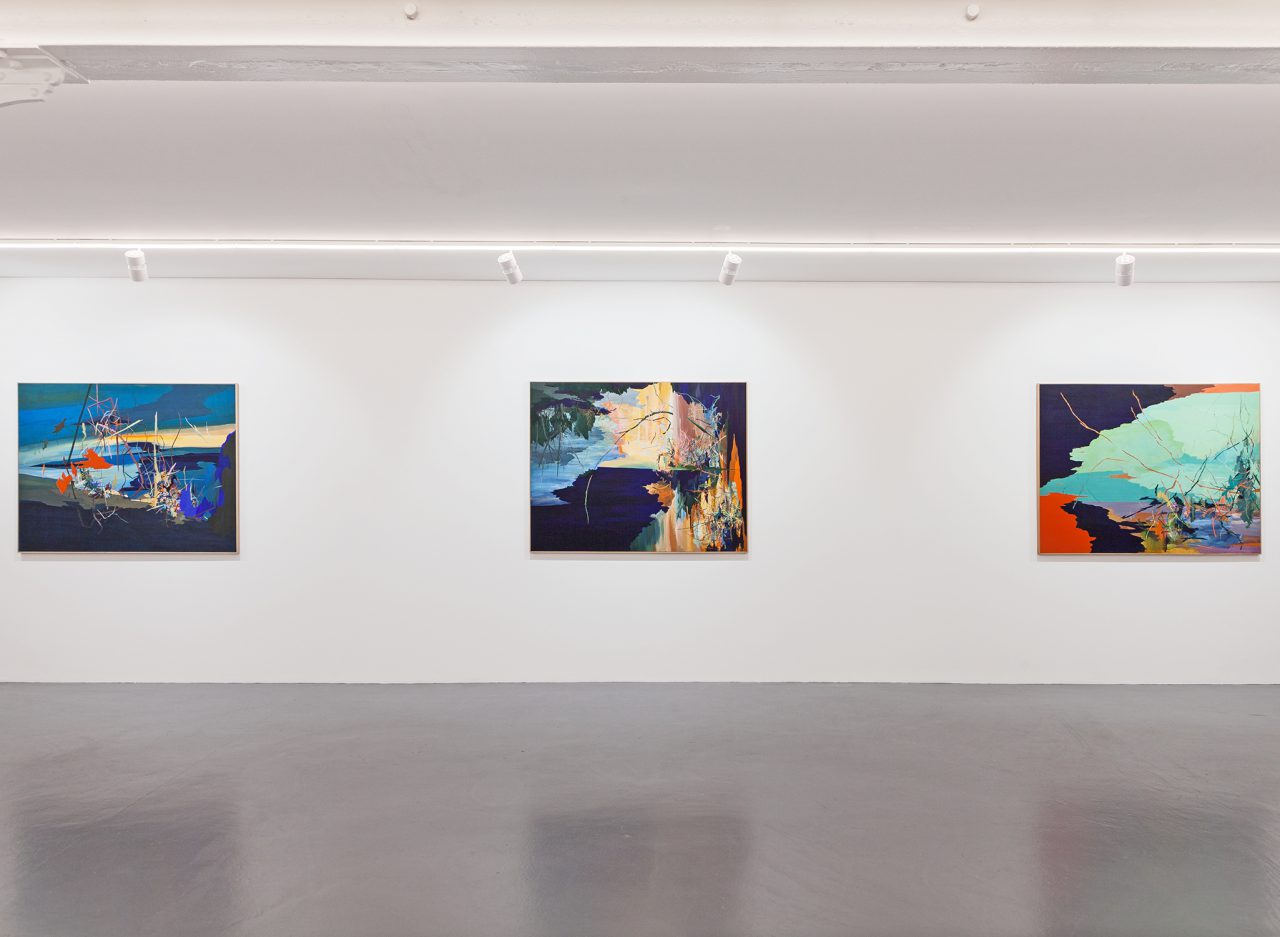