Xippas is pleased to present Mathieu Cherkit’s first exhibition in its Parisian gallery. Entitled “Time’s Up?”, the exhibition will feature fifteen new paintings, addressing the notion of time while underlying the artist’s interest in interior spaces and nature.

“The longer you play this game called life, the more you feel like you’re actually free to do your own thing and not obliged to act by any preconceived rules. You don’t feel like you need to explain yourself, but if somebody is interested, you’d be happy to tell them exactly what you’re thinking. And such a shift of mindset has been happening in Mathieu Cherkit’s life as well as his artistic practice to the point that his 6th Parisian solo show and a debut solo presentation with Xippas is entitled “Time’s Up?” Embracing and thoroughly enjoying this new perception, but also aware of the unceasing ticking of a life clock, the artist is now looking at his most imminent surroundings with a more refined sense of appreciation, while discovering meaningful and evocative metaphors that are sitting hidden in plain sight.

Over the years, Cherkit has established his own universe built from depictions of his close-by environment, both the different angle views of the home interior and his lush garden. While entering his forties, his interest in painting spaces and creating a sense of dimensionality on a flat surface has evolved into a more profound observation of the time and how it influences the progress and demotion of life on a personal and global scale. Working from life or memory, these existing locations are used for documenting personally significant moments related to his family and child (Le Complot, 2022), but also, for touching on greater concerns such as environmental issues by portraying the family garden in the scorching heat (Fire Drill, 2022). The love for nature, life, and its special little moments extend all the way to the ongoing series of small-scale works which comprise the continuously growing visual herbarium. Depicting a solitary example of a plant from his garden and entitling it with its Latin name (Hypochaeris radicata, Hyacinthus, both 2022), these works are also preserving the collecting and cataloging tradition of his pharmacist family background while being the most obvious demonstration of his love for painting as a medium. As a fan of its tangible, material quality, the excessive amounts
of paint are used to create these precious vignettes, making sure this particular way of conservation and documentation has a distinctive quality in comparison to, let’s say, photography or illustration.

Awareness about the temporality of every aspect of life comes to the surface through the portrayal of mostly empty domestic interiors in which common inanimate objects appear as if they’re undergoing some sort of metamorphosis. This is done by purposely rejecting the rules of dimensionality and depth, playing with scales, shifting colors, or adding the elements of narrative, all of it done with slabs of thick, overflowing paint. Living closely with his subject, Cherkit is able to notice the most subtle nuances and changes that can then steer the direction in which his work will be developing. Sometimes alternating the given scene to complement the change of the composition affected by an unexpected placement of an object (Hat Tricks, 2022), sometimes breaking the image into sections to convey the passage of time and the correlated light play (Equilibre, 2022), or even portraying himself in a ready-to-fight pose that evokes the competitive atmosphere in the global painting scene (La grande bagarre, 2022). And regardless of his focus of interest or the problem that needs solving, the possibility to adjust, skew and distort the reality is stubbornly used as a method to create a fitting composition, achieve the balance of depicted elements, and capture different temporalities in one image. At the same time, this melancholic unity of often wonky elements is hinting at life at large, pragmatically conveying the tendency for things to go askew as the clock is ticking. By questioning “Time’s up?” Cherkit is revealing his excitement about being a part of the big game, but also, suggesting a clear understanding of the definite nature of existence.” 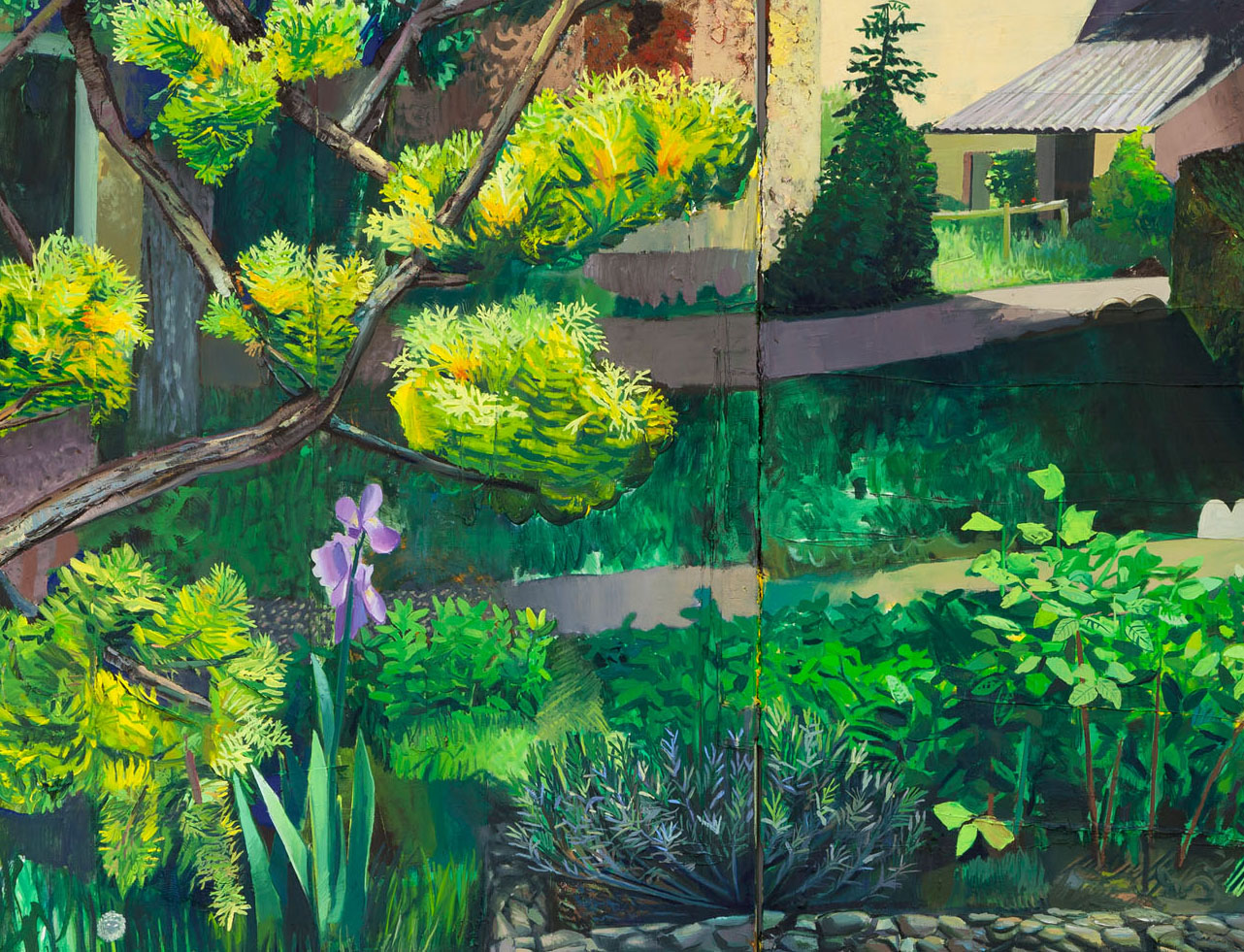