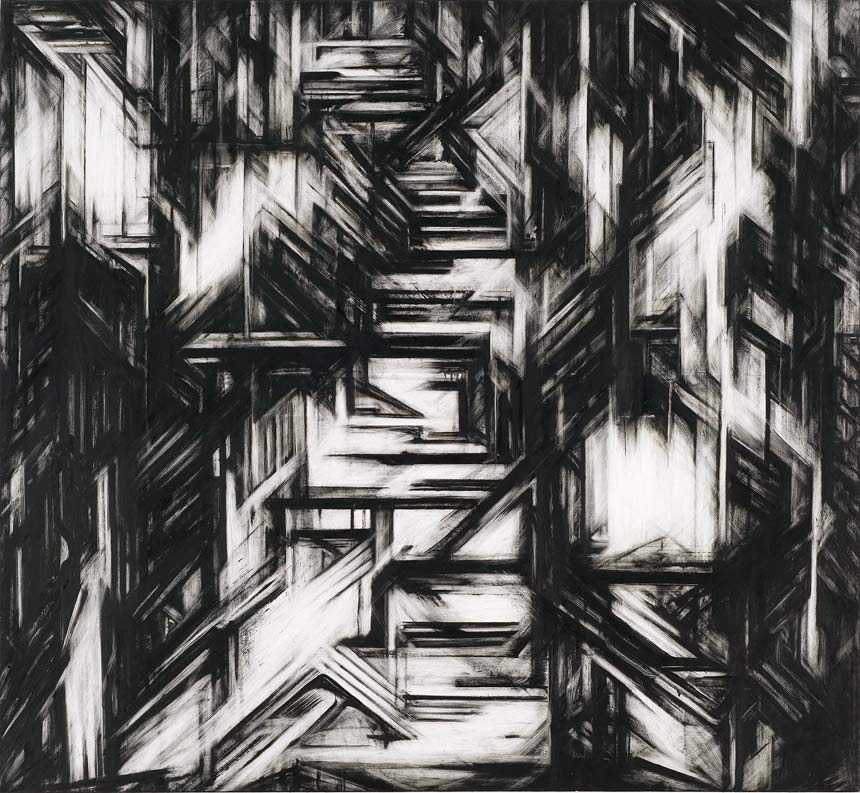 Raha Raissnia is an artist of Iranian origin based in New York. Her practice is situated on the crossroad of painting, drawing and filmmaking, interconnected and enveloped one in another. She usually associates her work with Expanded Cinema practices, as she manipulates cinema’s structural elements in regards to space, time, frame, projectors and screen in live performances and loop installation. Her work is layered and permutational and combines old ways of film-making and new technologies.

Raha Raissnia creates architectural and mazy spaces which combine abstract and figurative elements. They seem to incarnate movement and develop on their own. Sometimes such spaces are inhabited with phantom-like human figures, sometimes remain empty. Temples and shadowy streets of fantastic cities, arenas and structures that remind of scaffoldings, Raha Raissnia’s imagery crosses multiple references and interlaces different timelines. Memories of the past melt down to form a dreamlike vision of our bio-synthetic future.

The multidisciplinary interconnectedness of Raha Raissnia’s work creates a complex mise-en-abime between architectonic elements and biomorphic geometry, shifting the viewer’s perspective between an anatomy of living organisms and advanced electro- nic circuitry, while passing through an array of influences and references very carefully selected from high-art and popular culture alike, such as architectural drawings, the labyrinthic twists and turns of 20th Century “Wild Style” graffiti, and Classical Islamic calligraphy.

In 2017-2018, Raha Raissnia had a personal exhibition at the Drawing Center (New York). In 2016, her work was the subject of a solo presentation at the Museum of Modern Art (New York) and in 2015, Raissnia’s work was included in All the World’s Futures of the 56th Venice Biennale. Previously, her work has been featured in exhibitions at the MOCA (Los Angeles), CSS Bard Hessel Museum (Annandale-on-Hudson, New York), Drawing Lab (Paris), Museum of Contemporary Art St. Louis, The Kitchen (New York), the Isfahan Museum of Contemporary Art (Isfahan, Iran). Raissnia’s projection-performances have been held at the Whitney Museum of American Art (New York), REDCAT (Los Angeles), Arnolfini – Center for Contemporary Arts (Bristol, UK), Issue Project Room (New York), Emily Harvey Foundation (New York). 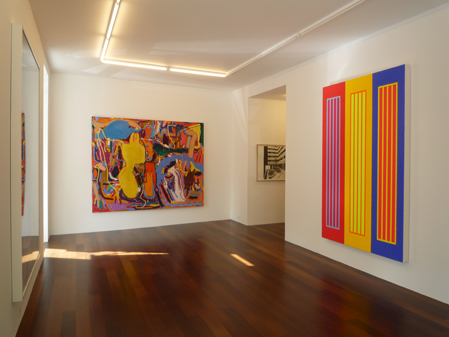 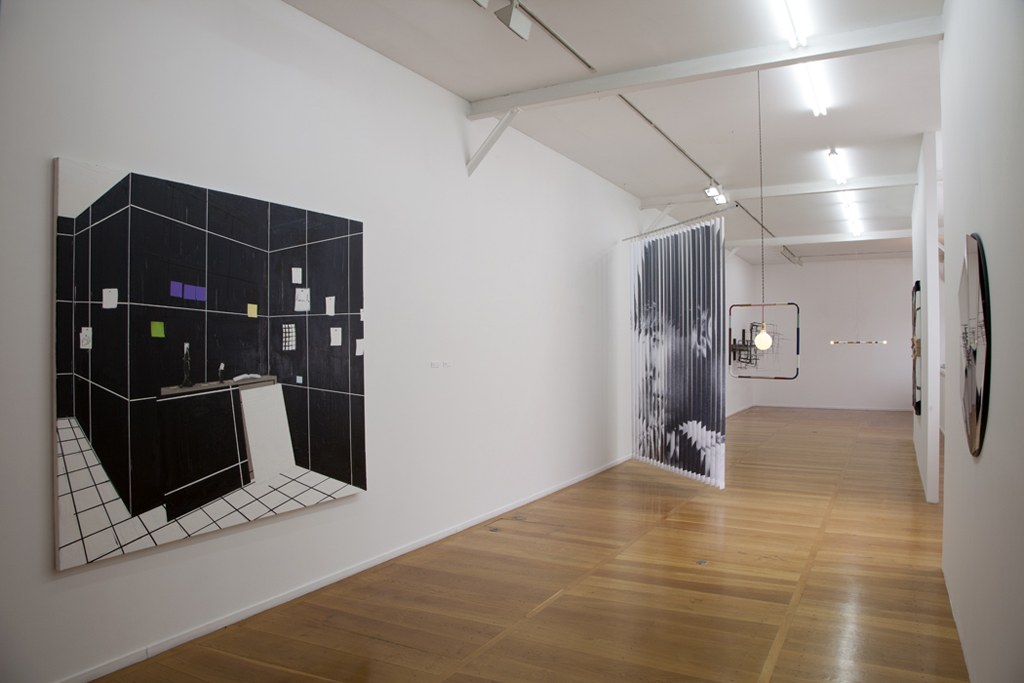 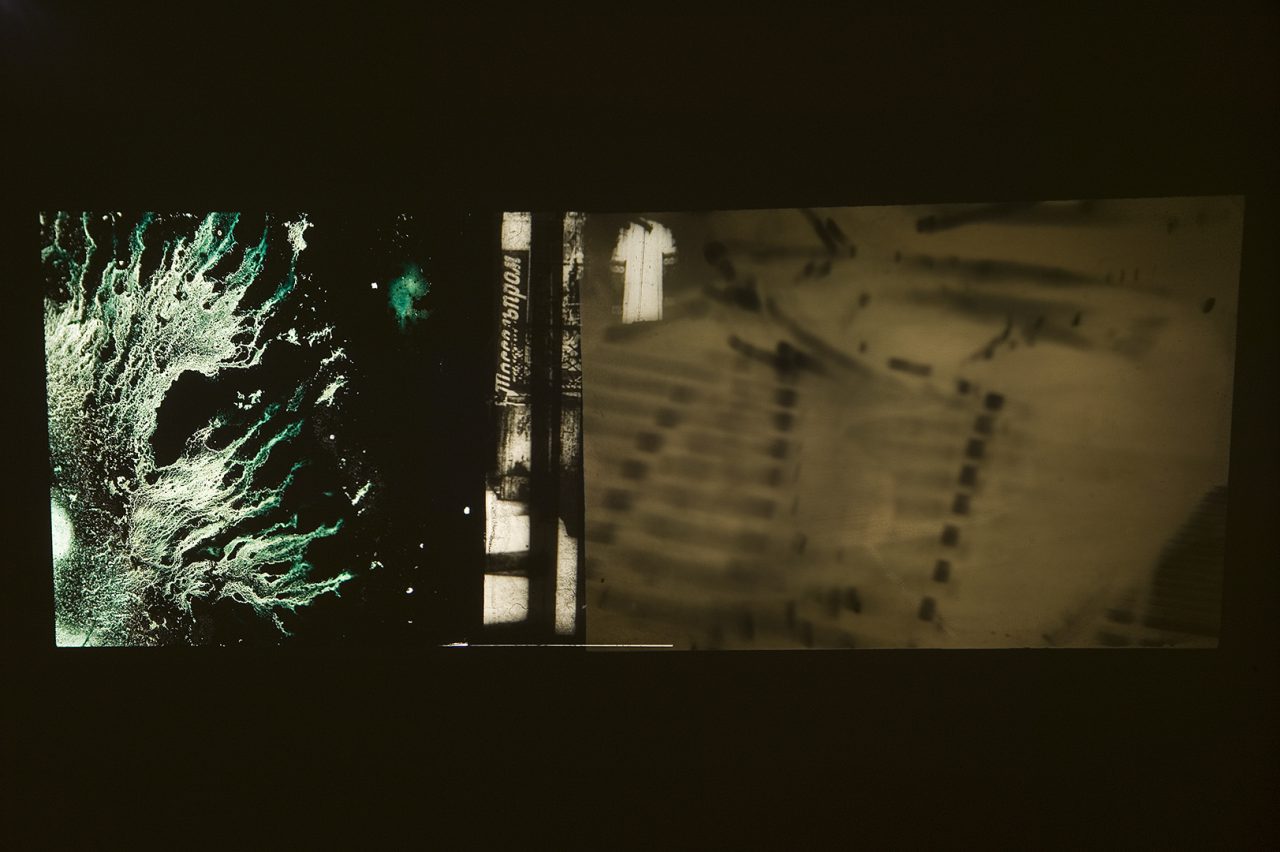 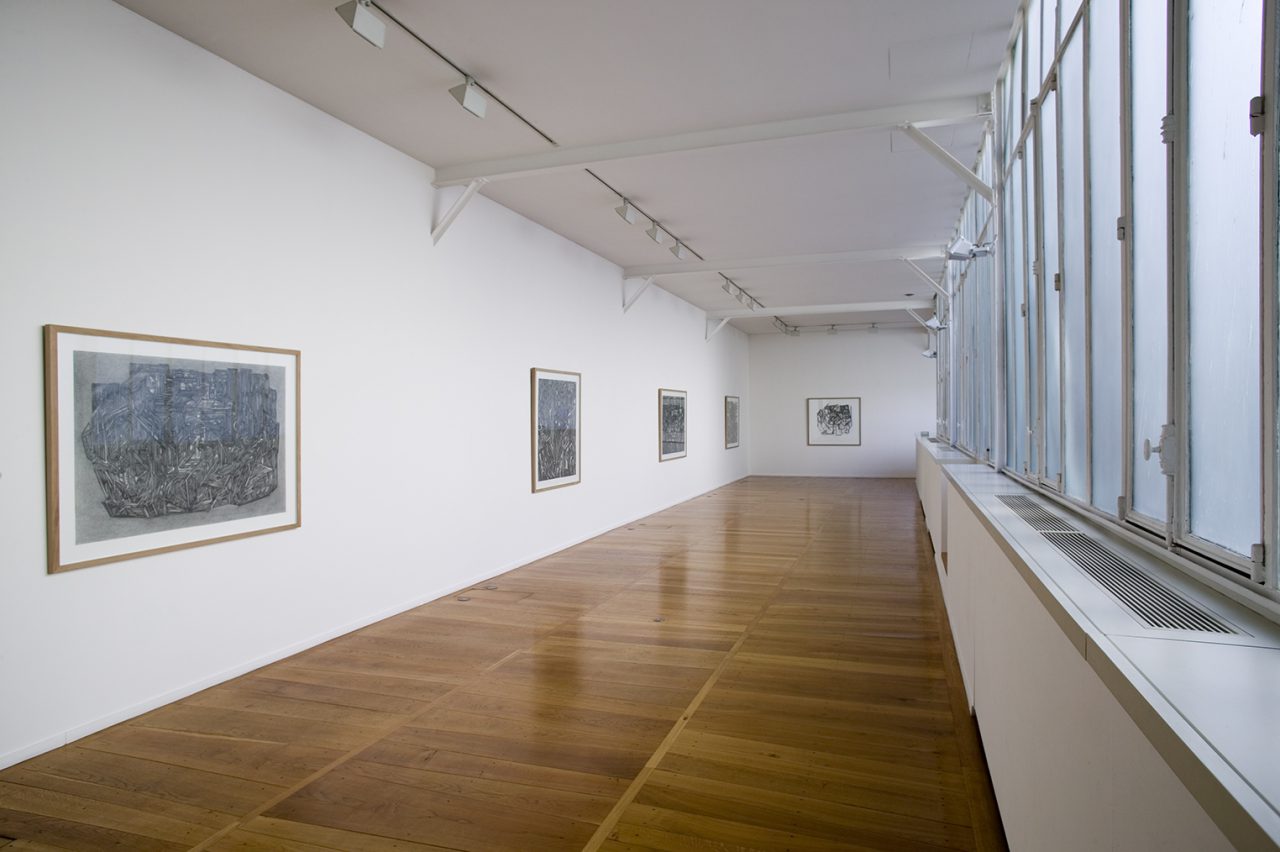