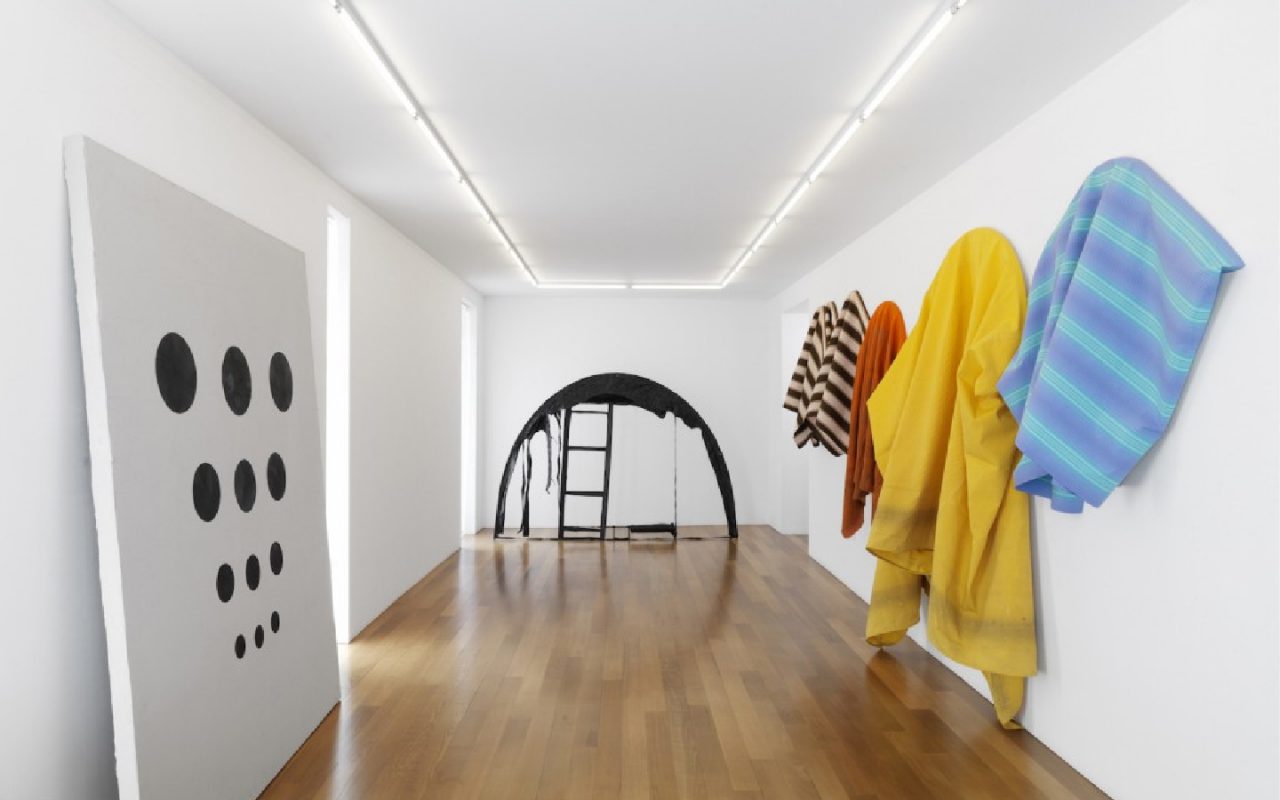 An exhibition curated by Denis Savary

With no know-how, how to reclaim the sensitive world? By trial and error.

Stéphanie Cherpin, Emilie Ding, and Sonia Kacem would have in common the way the language structures their practice.

Organizing their activities around a succession of gestures applied to different materials: cement, textiles, wood, stone, brass, etc. these three artists in their own way extend the practice of Richard Serra, who in 1967 wrote a list of verbs as a means to implement various actions to any material. Fold, bend, tear, slitting, slicing.

But the distance between the American sculptor and these three artists is great. The process, for them, is not assimilated to a system that reduces the resolution to a mere formality, but rather a language or a dialect more precisely.

We use dialect when we can only express ourselves through gestures.

Faillir pouvoir prévoir (which translates to Almost do Can Predict), three verbs that constitute a sentence. Like the choice of the title suggests, this exhibition at the gallery Xippas presents a set of sculptural proposals that, unlike what they might suggest, are built upon a network of elements belonging to the register of fiction.

By this slow and complex process of development, the three artists come to create artworks that produce a strange sense of vertigo. Sometimes massive and cumbersome, sometimes fragile and delicate, perhaps it is when these two contradictory qualities are united within the same artwork, that the impression is strongest.

The works of Sonia Kacem, Stephanie Cherpin and Emilie Ding exude a form of palpable density, as if there was inscribed on the inside of each artwork, a piece of petrified chaos taken from the place from which they spring. 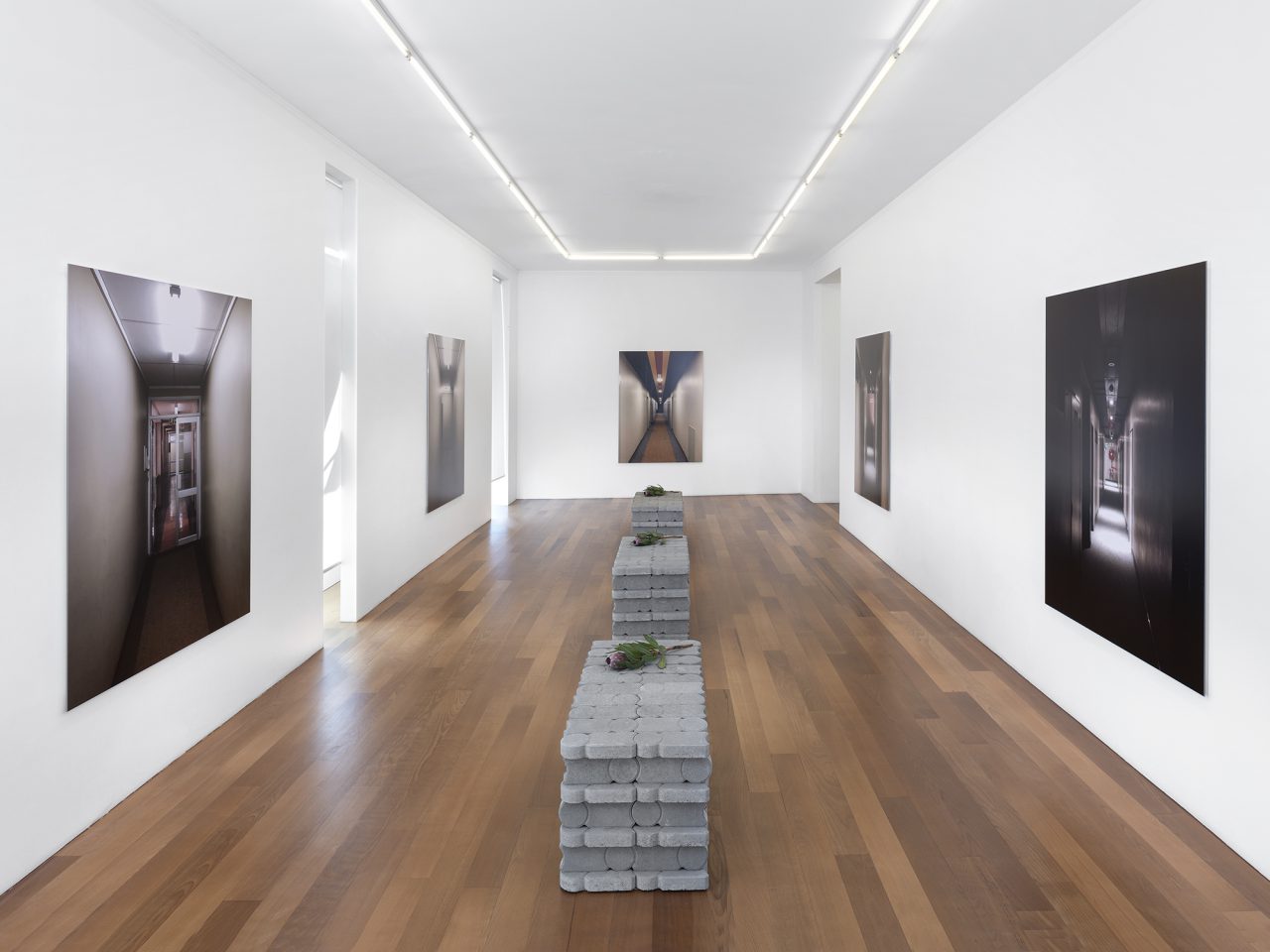 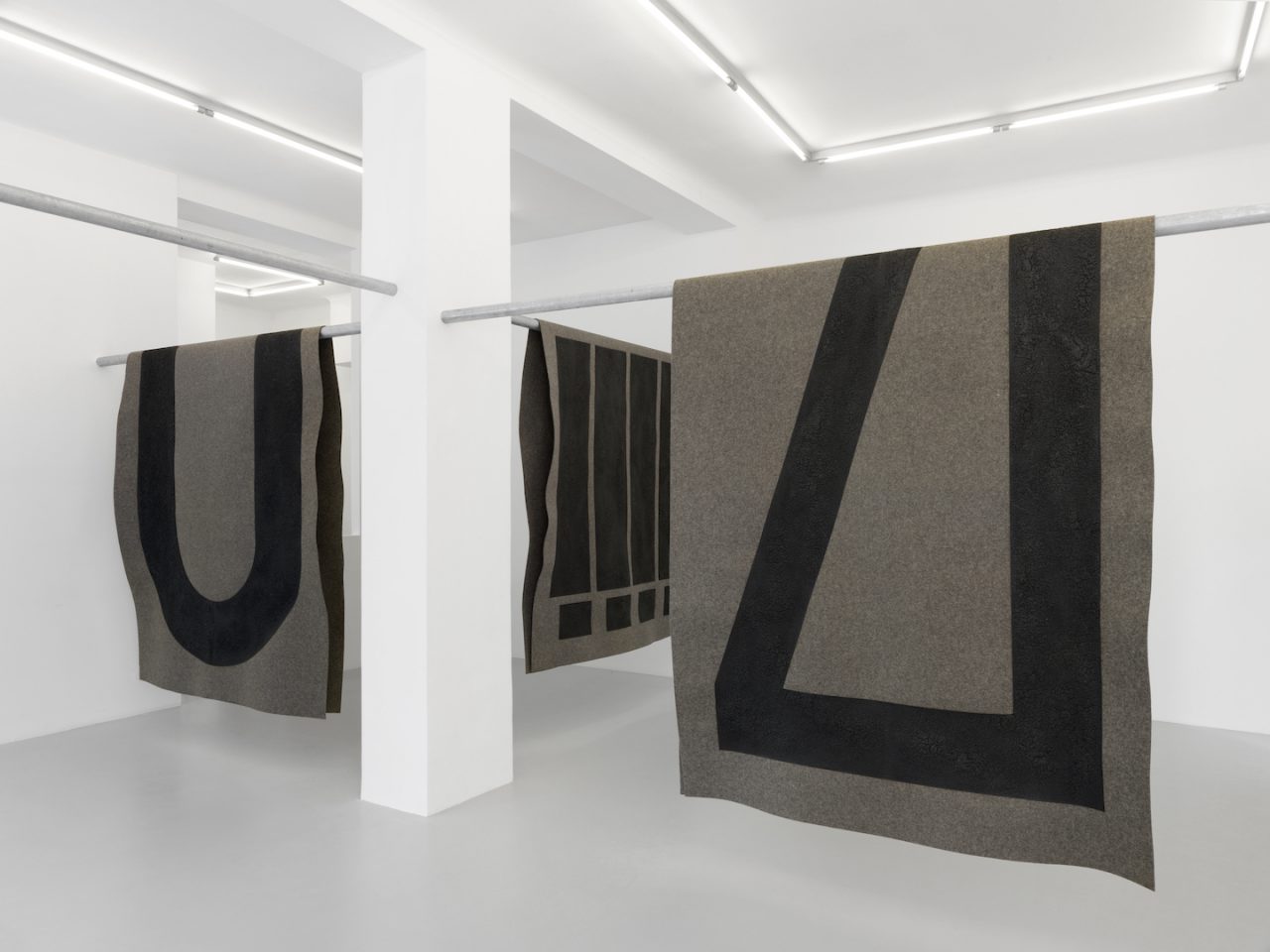