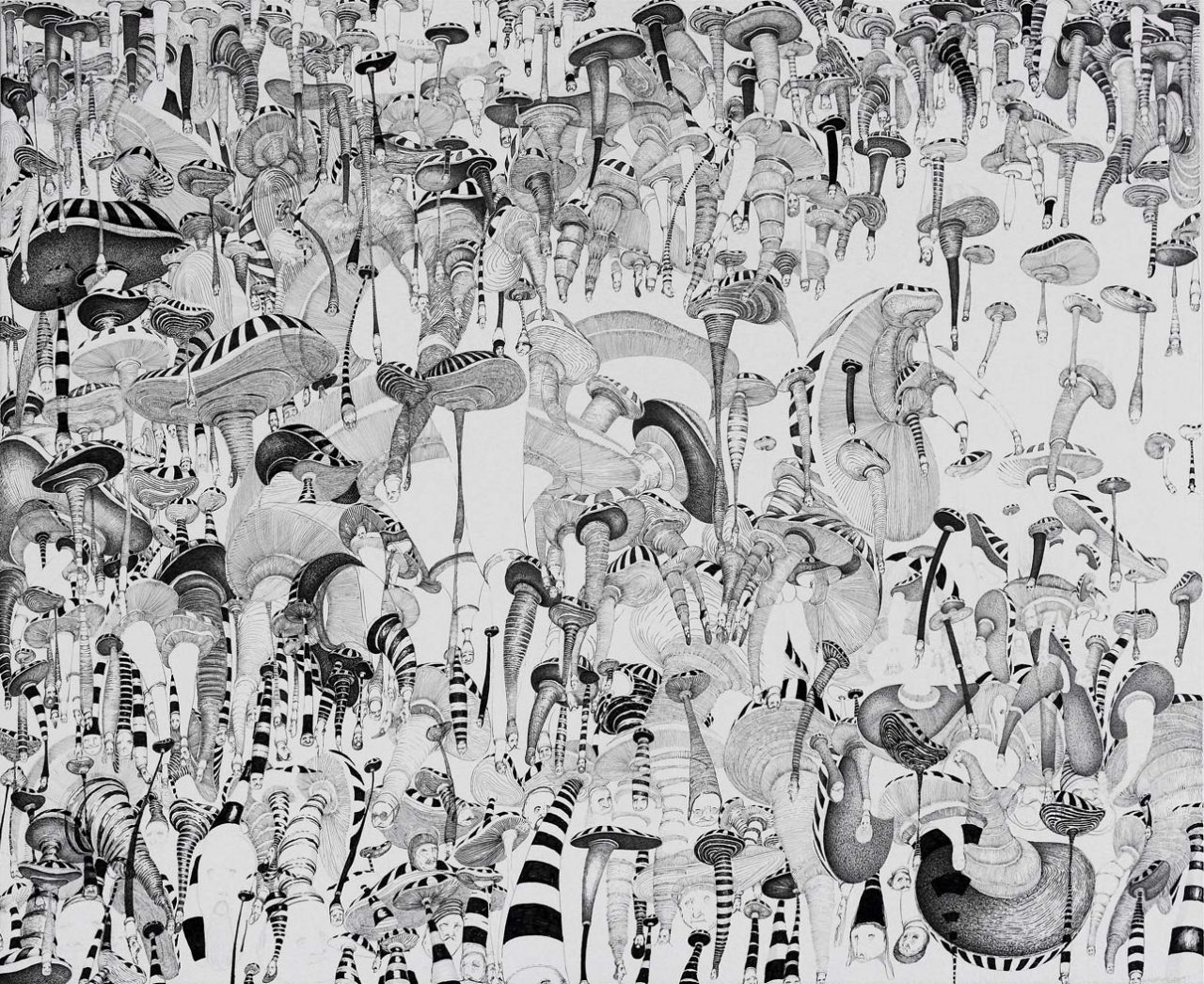 In Ricardo Lanzarini’s drawings Nietzsche, religious leaders, “picassos”, priests, artworks, museums, prisoners, Karl Marx and hospitals appear wrapped in his universe conforming raw metaphors about power. Brotherhoods and herds of males designing the world’s politics and relations, building what is called ‘the system’. His compositions end up being deliriant constructions full of humor in their pathos. In Lanzarini’s works the historic and autobiographic coordinates come together. Each drawing encloses a certain tension produced by the existential drama and the absurd of the situations described by those characters who are alone in the sheet of paper. They’re performing actions that is uncertain if they are conditioned to carry them out or if they’re doing them by their own will. For moments they seem to be in their intimacy or freed of their social roles but sometimes it seems to be a context that conditions their actions but never comes into scene. 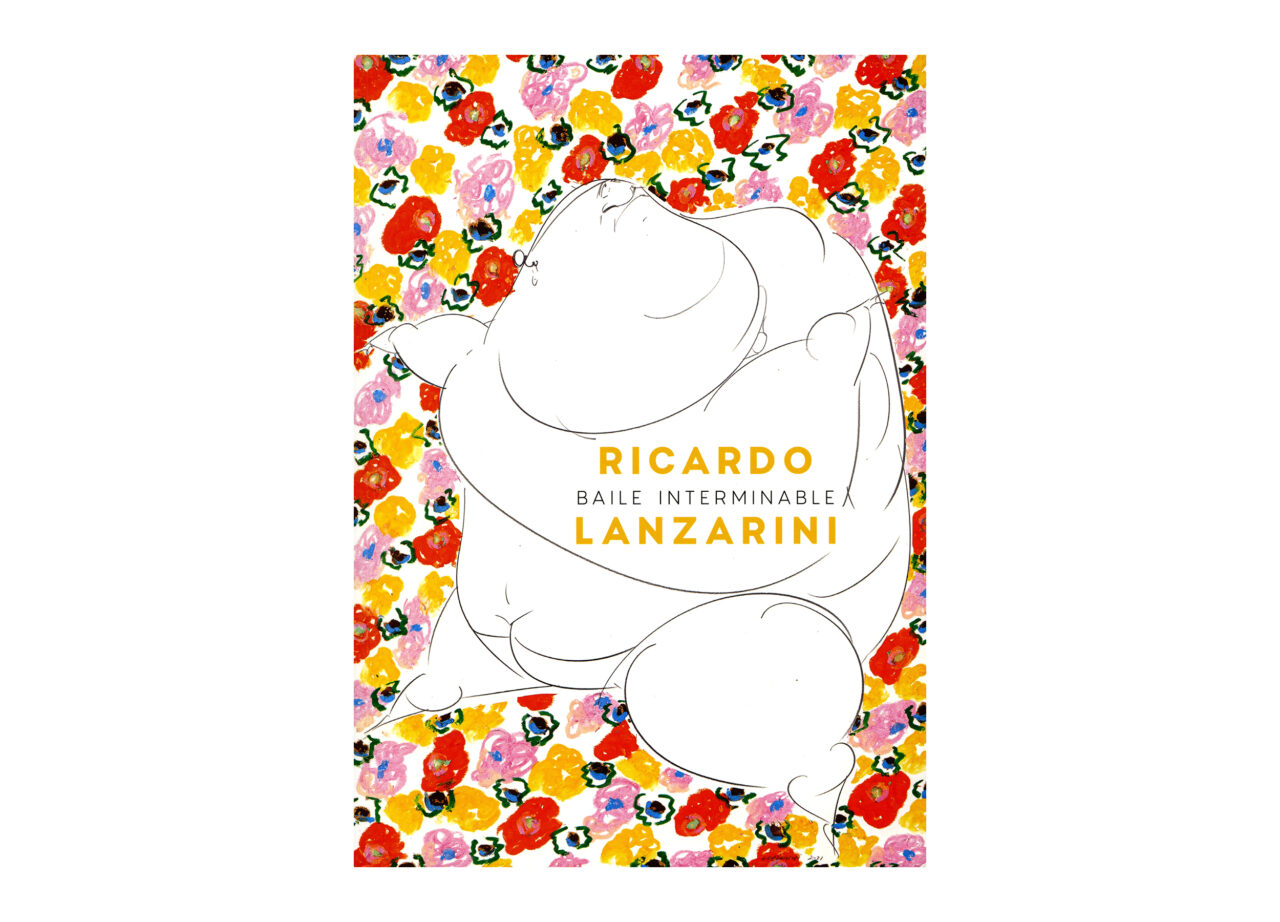 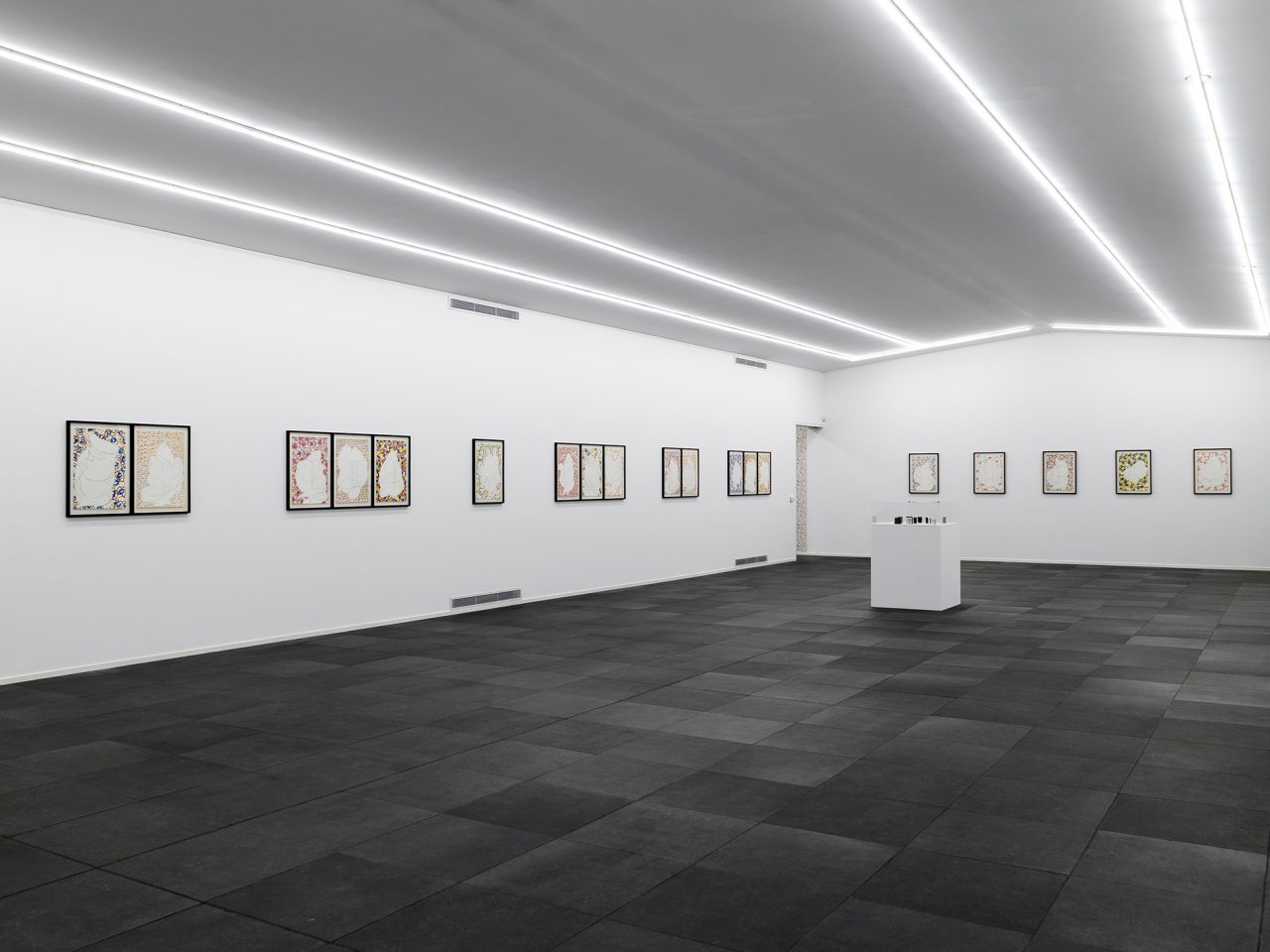 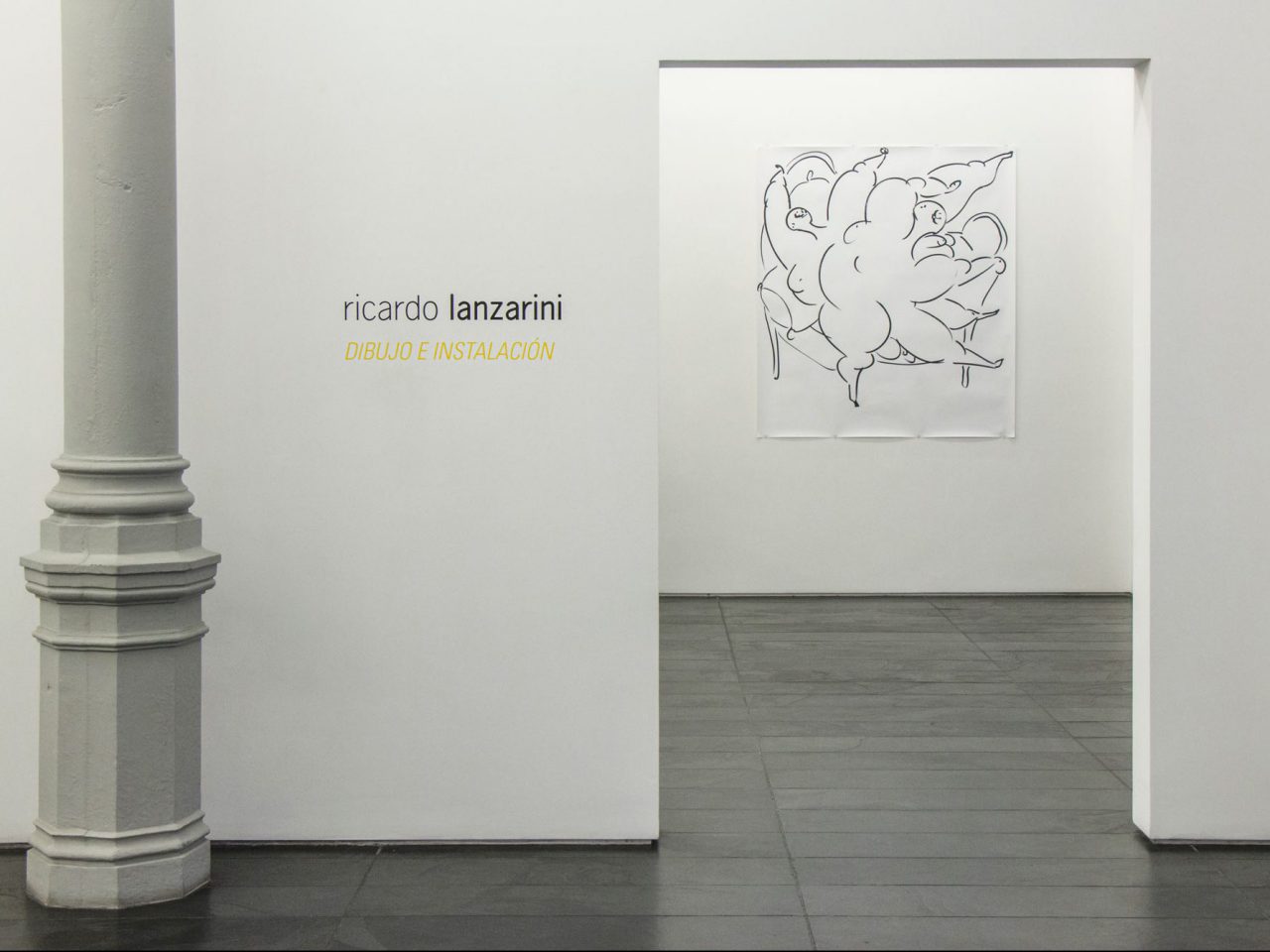 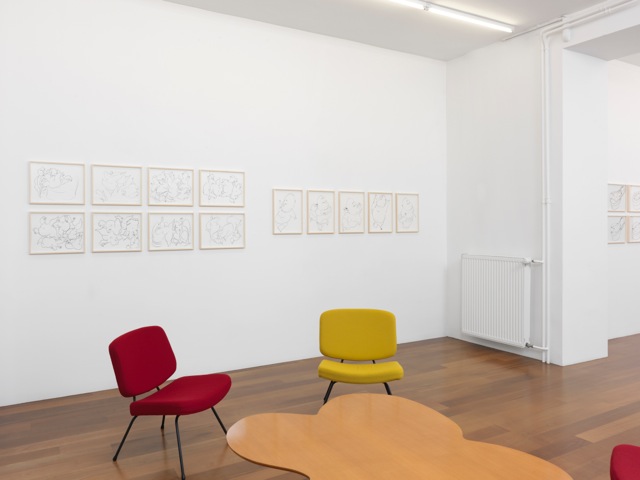 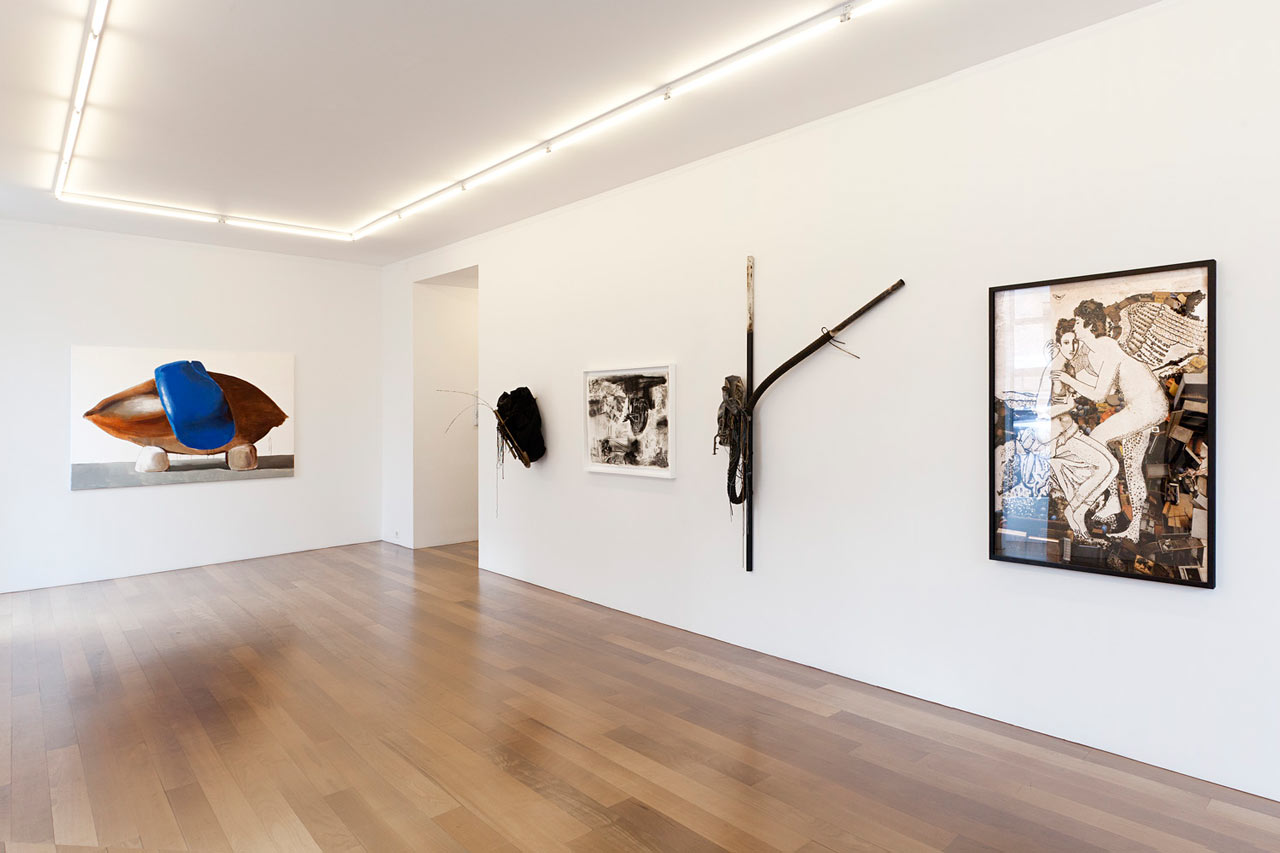 The Taste of Wetness on the Brambles Is Pure, Then They Rot* 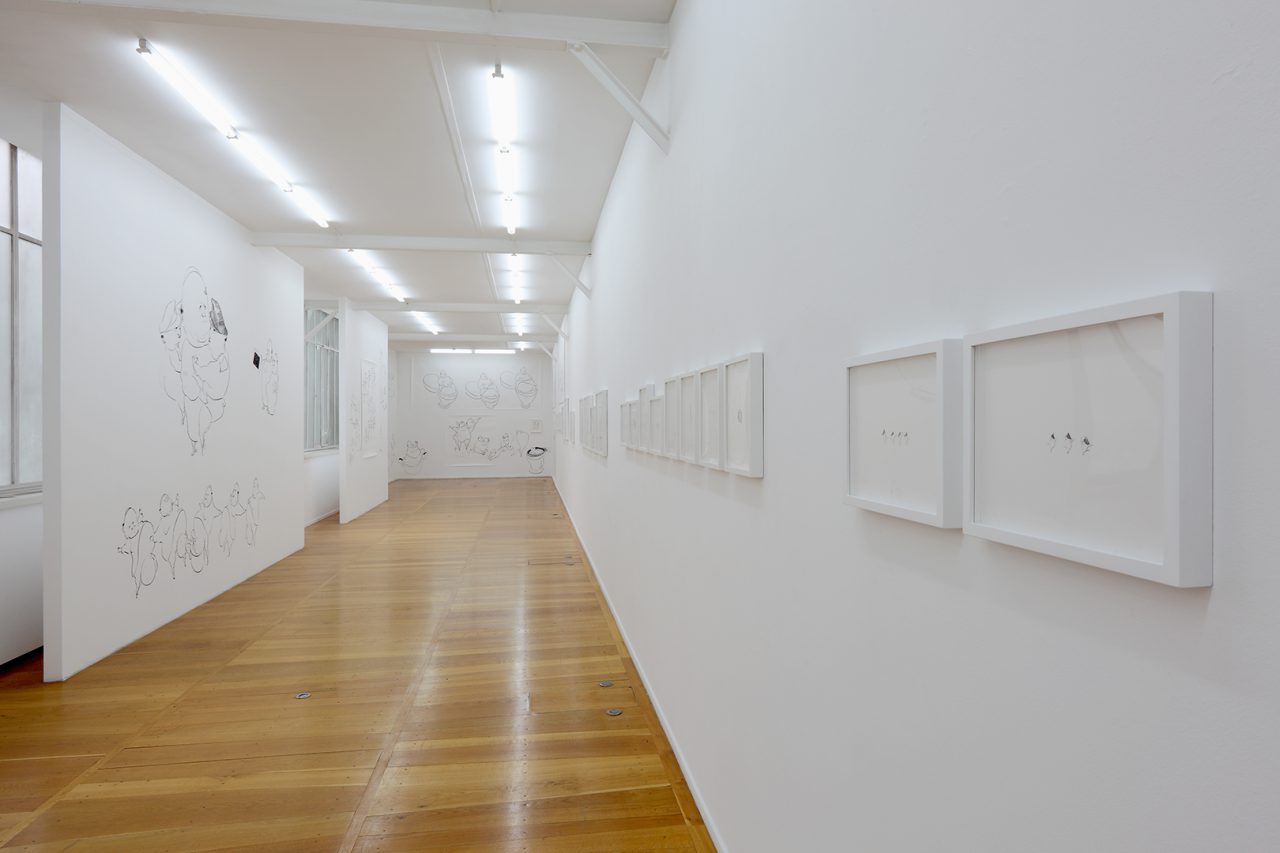 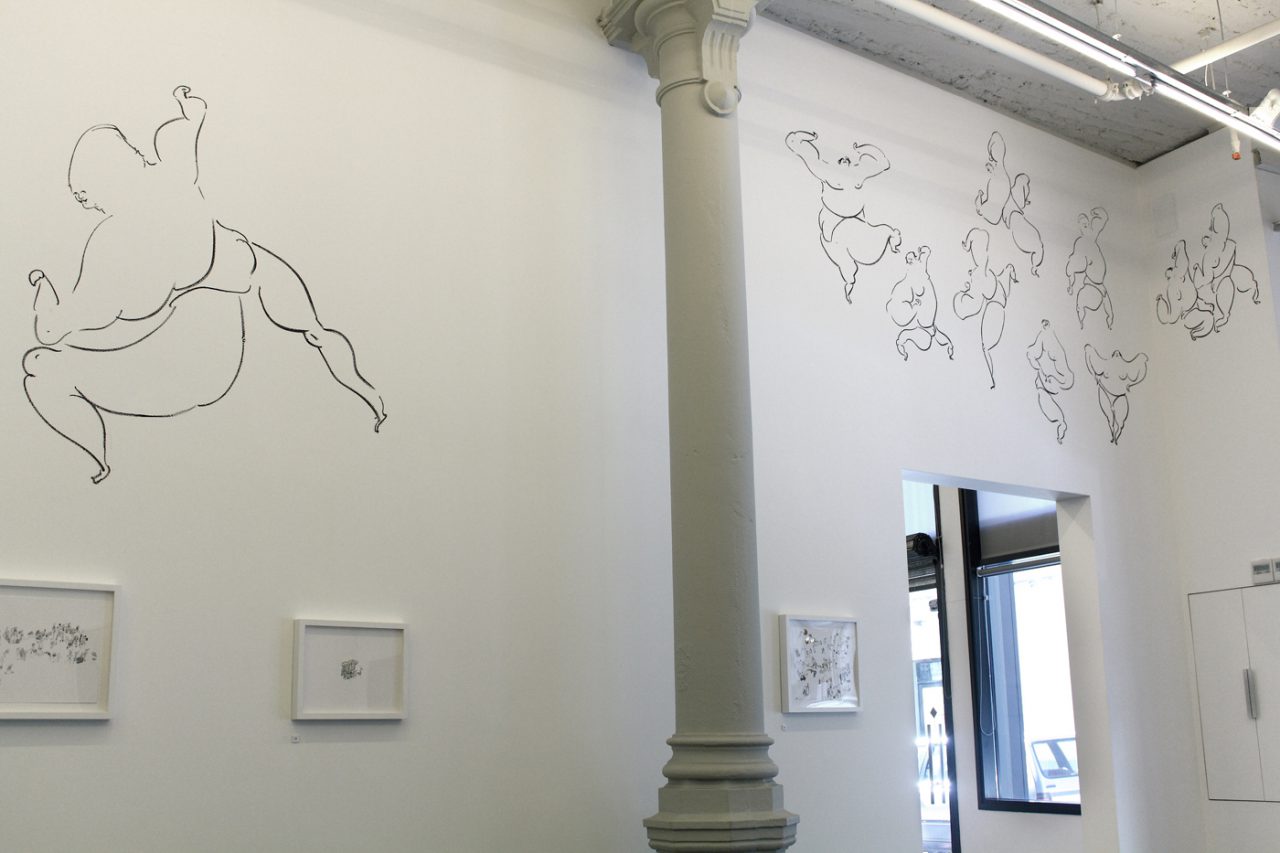