The Xippas Gallery is pleased to present an exhibition by the Brazilian artist Waltercio Caldas. Major figure of the latin American contemporary art scene, he is coming back to Geneva after more than 20 years – his work had been the subject of a personal exhibition at the Center of Contemporary Art in 1995 – with a set of sculptures made during these last years.

Guy Brett, writer and curator, describes the work of Waltercio Caldas, who for more than five decades has placed the process of perception and the relations between the gaze and reflection at the heart of his work. Extremely pure and almost minimalist forms coexist with a conceptual complexity. His sculptures are both present and immaterial and show not so much the objects but rather the space between these objects.

Caldas pushes the paradox between presence and absence, and between transparency and opacity, to its extreme. This paradox is reinforced through a play on mirrors, a recurrent technique in his work. Here again, the artist develops the idea of reflection without actually employing mirrors. In creating several planes where lines and objects replace the reflections of one another, the artist reveals a three-dimension mirror and materialises the idea of reflection, a process he considers as a “functional dismantling of the mirror.” Thus Caldas goes beyond the duality between presence and absence, positive and negative, and manages to reach a paradoxical fusion between a tangible reality and thought.

Language plays a fundamental part in this process of constructing meaning. Because of this essential relation between names and objects, between what we see and what we read, the title becomes an integral part of Waltercio Caldas’s work. Language introduces a new approach, that of reading, and also confers another dimension to the word – its physical presence. For instance, in Not now (2014), words and steel rods create an inseparable ensemble, enter into a game of repetitions, reflections and transparency. This use of language, both poetic and conceptual, also allows Caldas to introduce references to art history. The titles of his sculptures often allude to names of artists, such as Brancusi (2014), and trigger a reflection on the work of art itself, on the distance between art and art history. 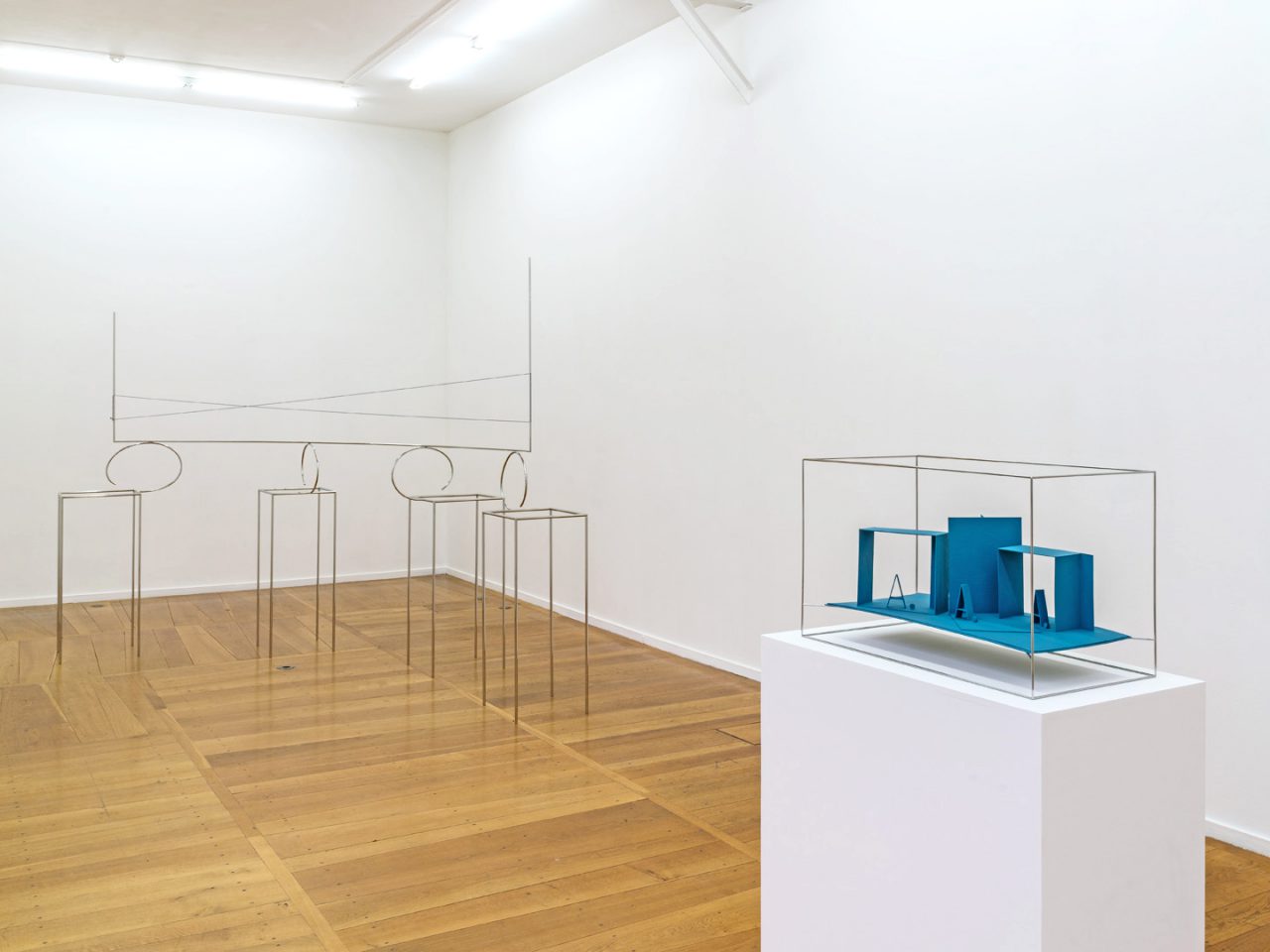