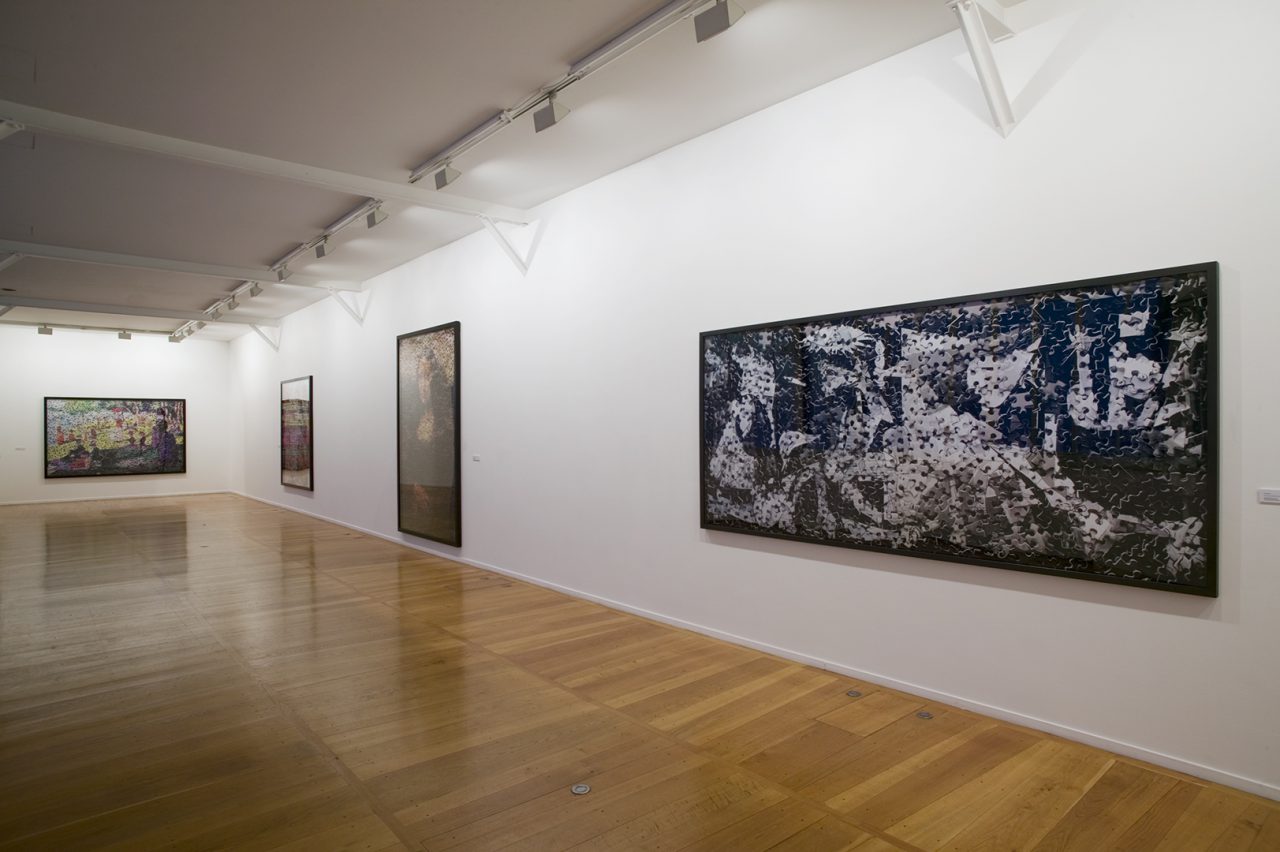 Vik Muniz’s photographs appear to be made by a magician or a virtuoso, where the manipulations seem at first to have nothing to do with the medium of photography.
Working with incongruous materials—thread, jam, chocolate syrup, ketchup, dust, toys, pigment, etc—chosen for their relationship to the image that they depict, Vik Muniz reconstructs images taken from art history or the media, images that belong to our visual collective history and that always resemble the memory we have of them. These images are then photographed in order to renounce the origins from which they spring and thus creating an illusory representation: from the best-known 19th century landscapes recreated with thread, to the fetishized images by Warhol recreated in chocolate, from the “Pictures of Dust” made for Vik’s exhibition at the Whitney Museum, to the “Pictures of Color” and the “Pictures of Air” shown at the Venice Biennale, to the images in diamonds and caviar of the series “Diamond Divas” and “Caviar Monsters”… the allusions are varied, the illusions are complete.
For his fifth solo show at the Galerie Xippas, Vik Muniz will present two series of photographs: for the Gordian Puzzles series, Vik has chosen emblematic paintings such as the Mona Lisa by Leonardo da Vinci, the Grande Jatte by Georges Seurat, and the Guernica and Demoiselles d’Avignon by Picasso, that he recomposes with puzzle pieces. Each image is made using several different puzzles printed with the image but cut differently, so while the puzzles remains unsolved, the image is “solved.”
In the Pictures of Paper series, Vik revisits the cultural and emotional relationship our society has with black and white photography. Inspired by the photographs of Brassaï , André Kertész, Robert Frank, Margaret Bourke White, Weegee, Andreas Feinninger, O. Winston Link, Dorthea Lange…, Vik recreates these images with superpositions of paper ranging from black to white and passing through shades of gray. Up close, the resulting effect is somewhat grotesque, but from a few steps back, the images are identical to the originals by which they are inspired. 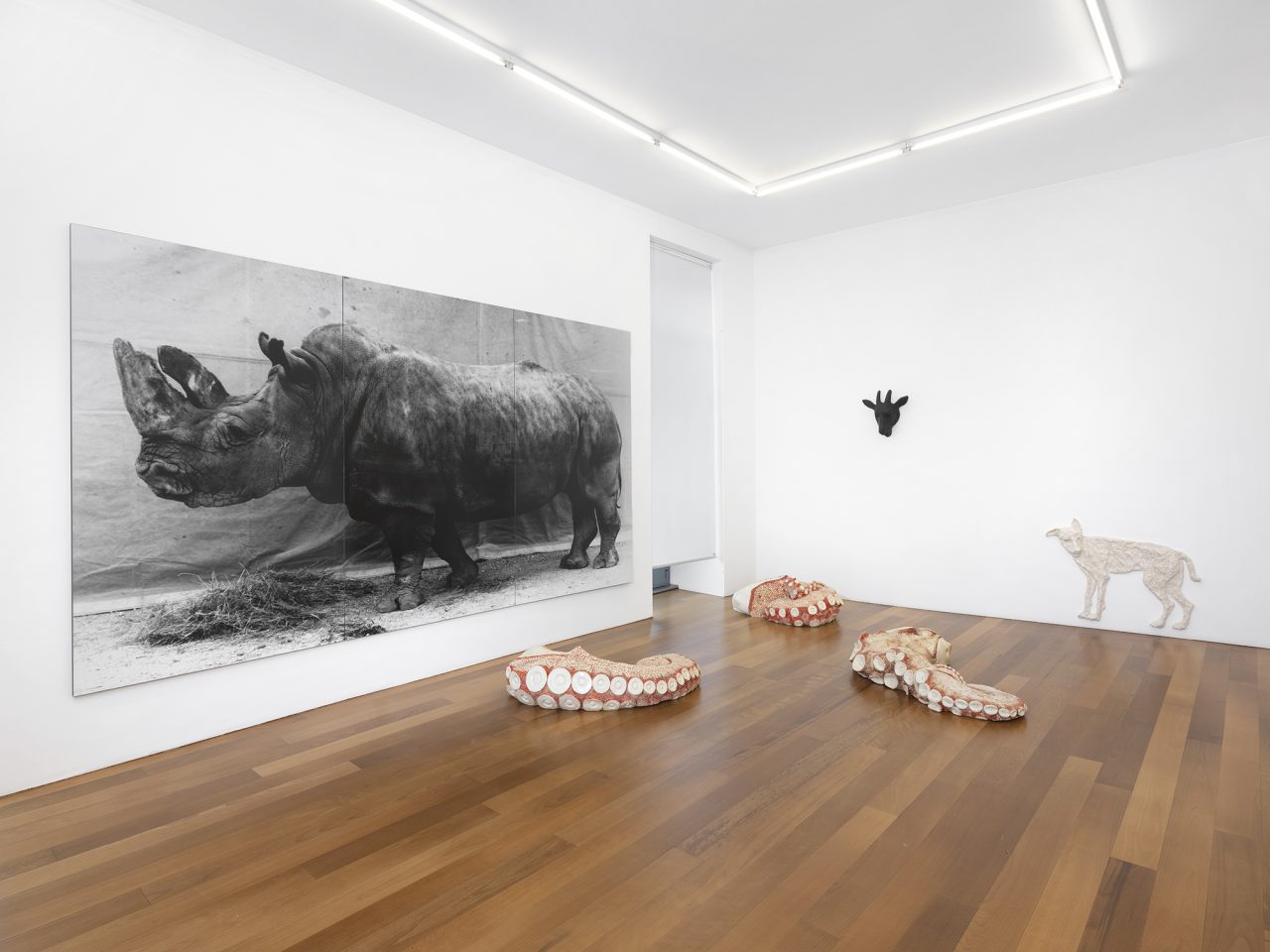