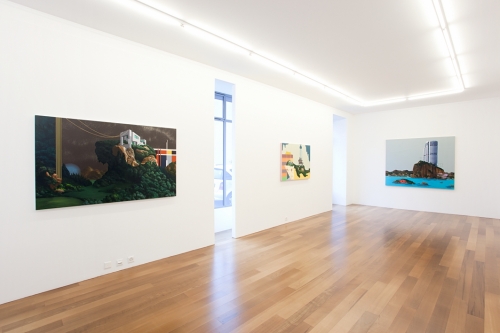 The exhibition will include ten acrylic paintings on wood panels. Shaping the Distance introduces a type of unifying theory in gathering six years of Dean Mongenis work, from 2007 to 2013. The combination of these paintings gives an overview of his stated intent.
Dean Monogenis’s paintings depict environments merging urban, architectural constructions with natural elements. The artist combines details of unfinished buildings, colored scaffoldings and condo structures in landscapes made of rock cliffs, vegetation, looming skies and colored abysses. He thus points out the constant state of change and transition, the challenge between nature and human perseverance in the perpetually in-progress urban landscape.

“The destruction I witnessed from my 6th floor window on September 11, 2011 made it clear that what I took for granted as permanent would never be the same. Watching the Twin Towers come down I realized that buildings, like people, were fated to a similar cycle of life and death. With this basic notion of impermanence, I began to seek out examples from the world around me that spoke to transformation.”

“In Shaping the Distance I am primarily interested in exploring scenarios that depict temporality and transformation. These works hold true to this idea but they also indicate that there is something beyond. I like to think of it as an invitation for expansion and growth. I sustain an ultimately positive belief in what lies ahead and our ability to form for ourselves a world of our own design. Albeit, this world may exist in our imaginations only, but conviction is a strong ingredient in helping us to positively affect the world around us.

At times, Nature plays a more significant role in my composition. In such instances, it is no longer just a passive backdrop for architectural intrusions. Nature becomes more active, taking on its own thematic significance and offering a counterpart to the rectilinear austerity of architectural forms.” 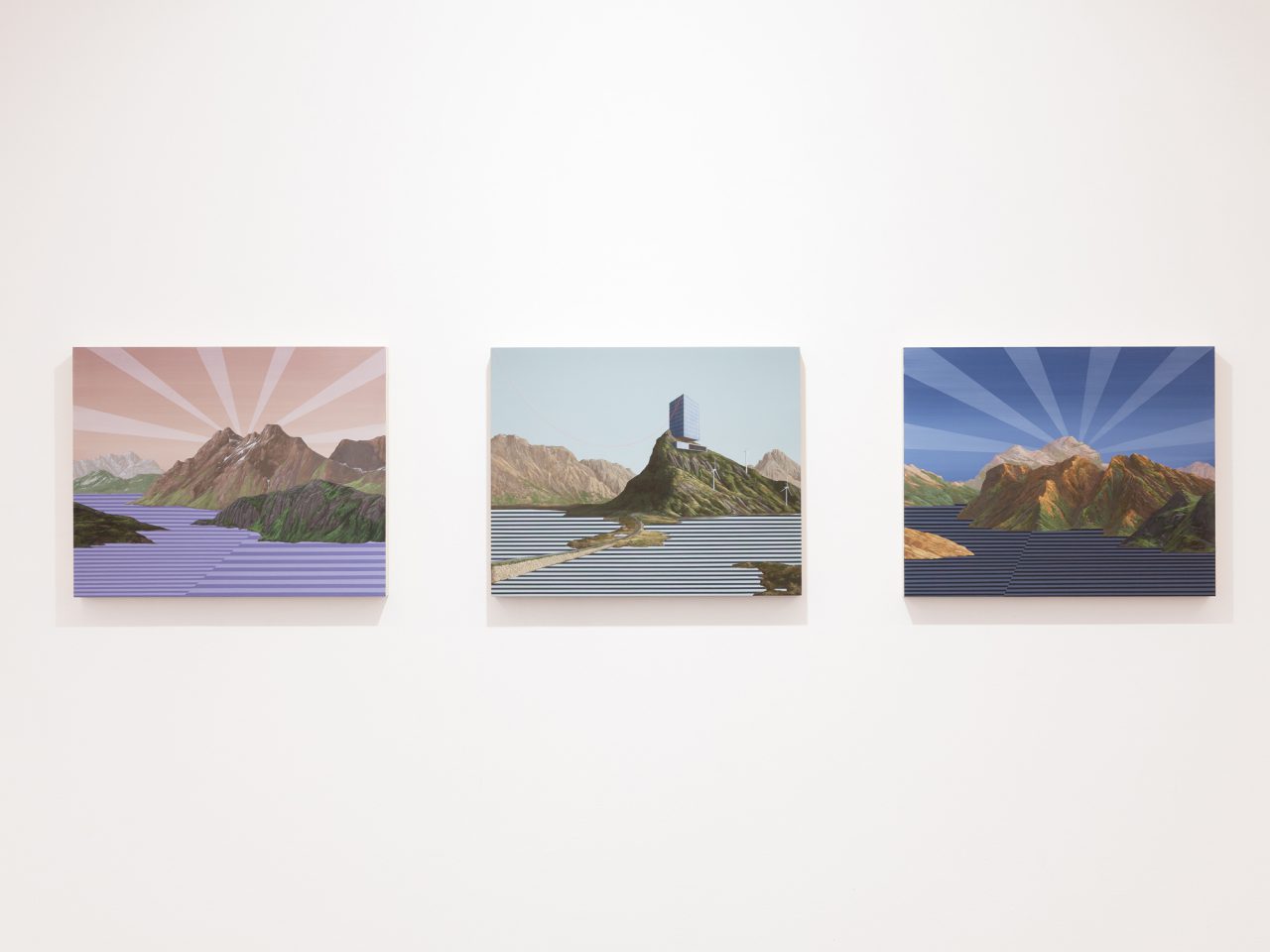