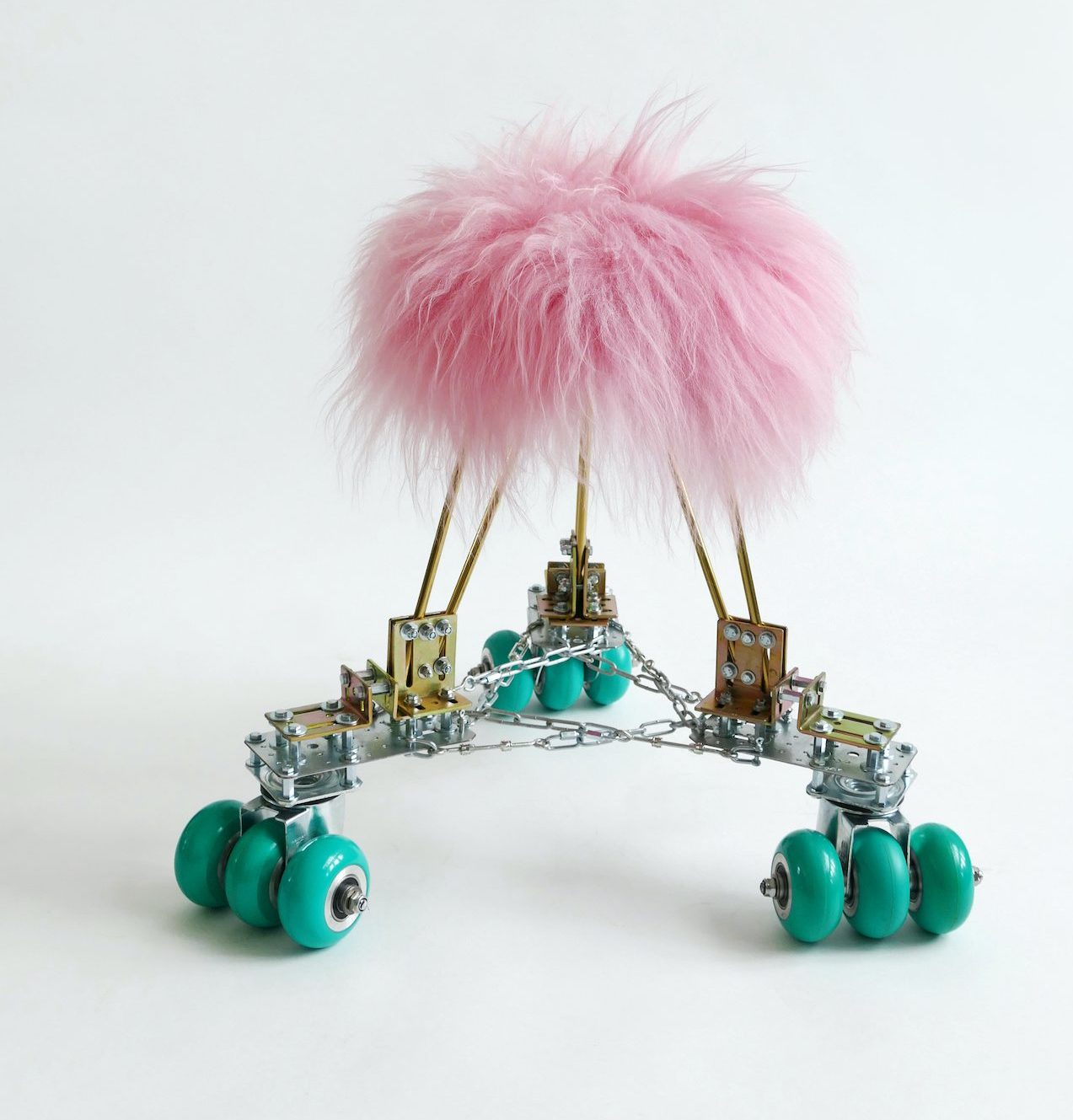 Marina Faust extended her artistic practice in 1995 from photography onto other disciplines such as videos, objects and collages. In her series “Faces”, an alienation of the original function of a children’s toy, Faust does not recreate the intended, stereotypical Barbie-look-alikes, but instead develops a varied series of heads, which essence breathe in cubist portraits by modernist painters. Her technique of pigment printing on semi-transparent silk tissue paper generates a deceptive complexity between collage, photography, painting and drawing. In 2003 she produced her first “Traveling Chairs” for her film “Gallerande”.  As well as her “Rolling Stools” today these found vintage and sometimes designer chairs and stools are stripped from their original function and constructed in order to be used on film sets or to travel one and another through exhibition spaces. Above their functionality to just sit on them, the “Rolling Stools” can also be seen as dystopian pets or utopian creatures. 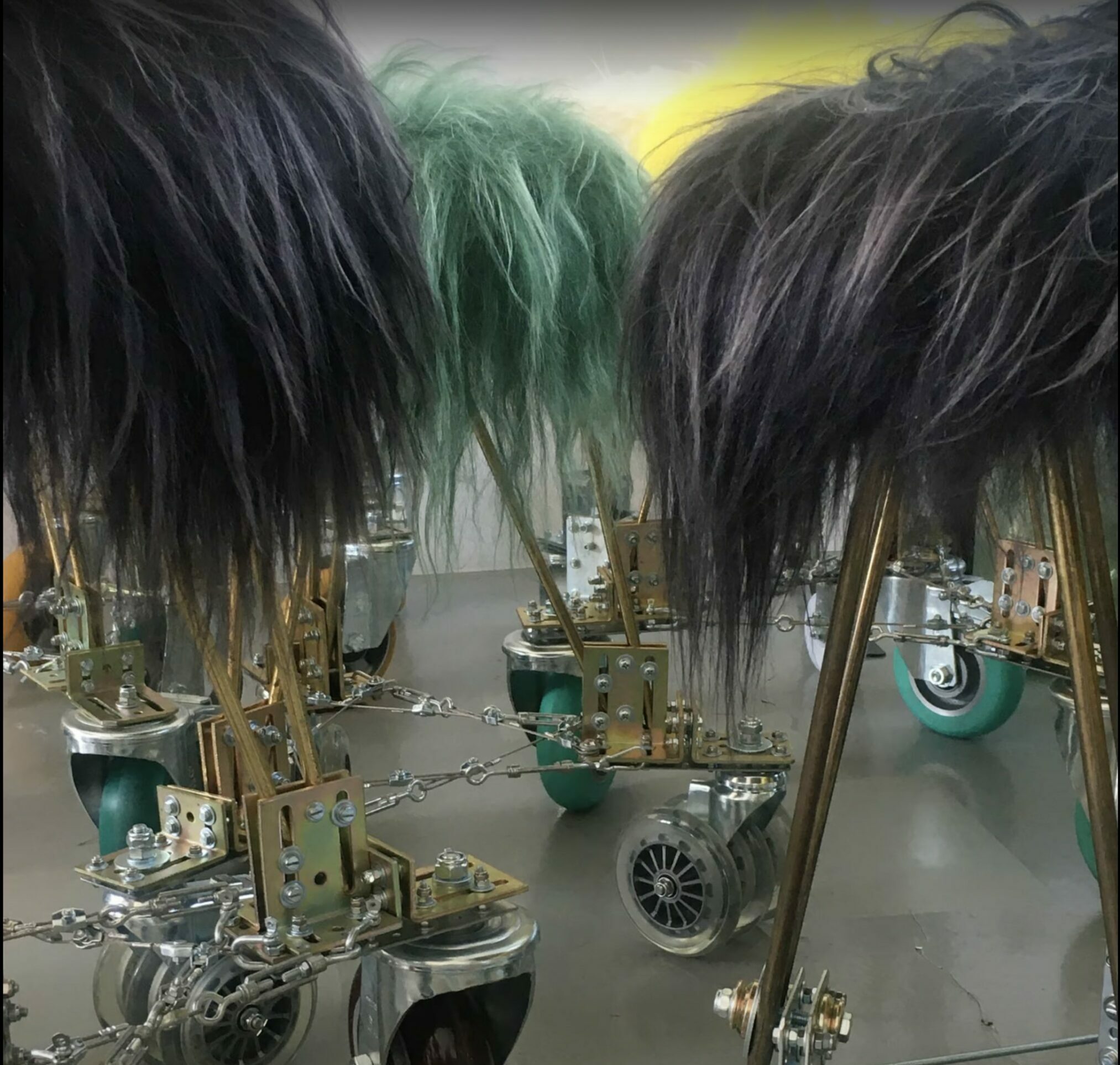 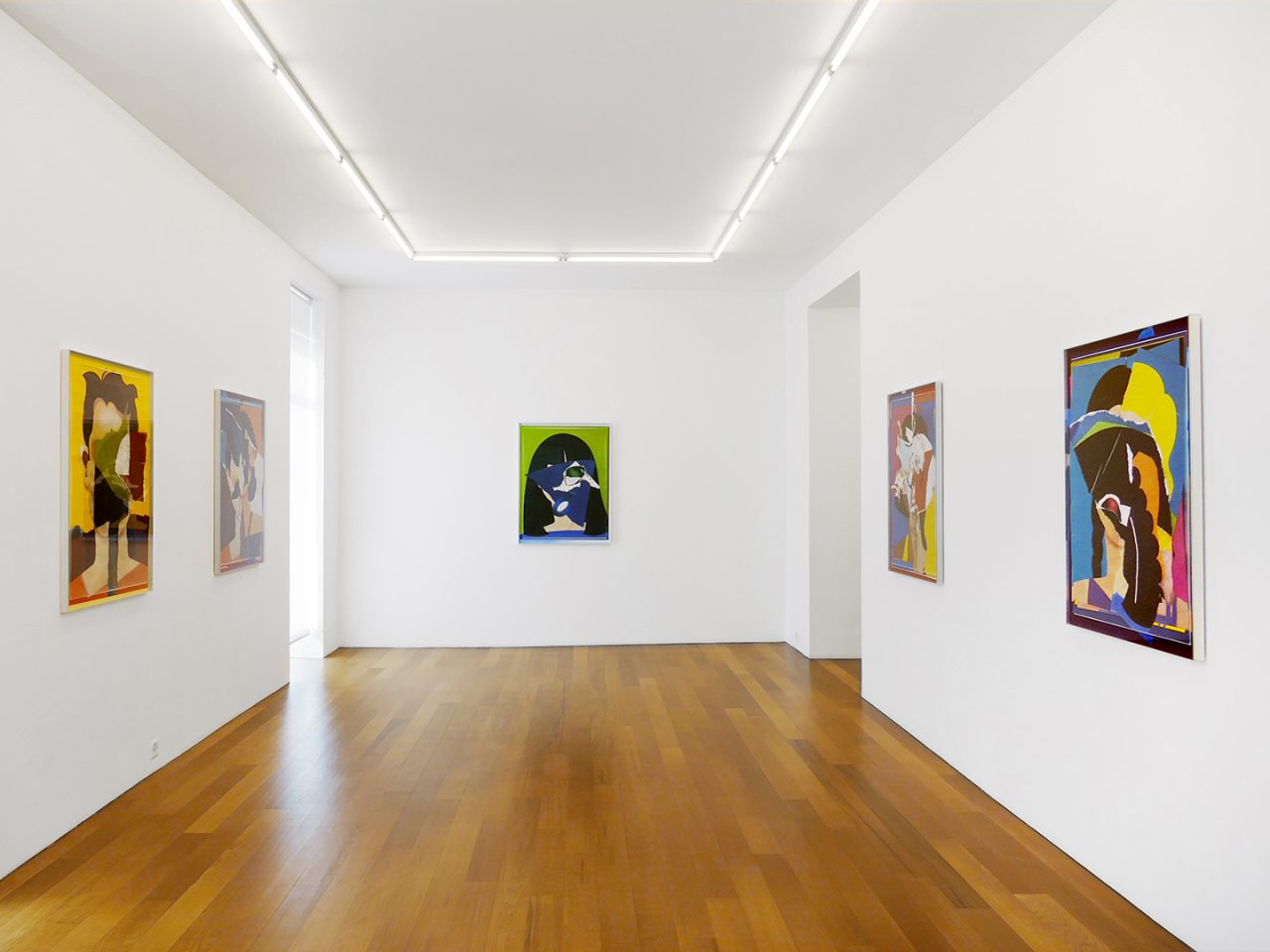