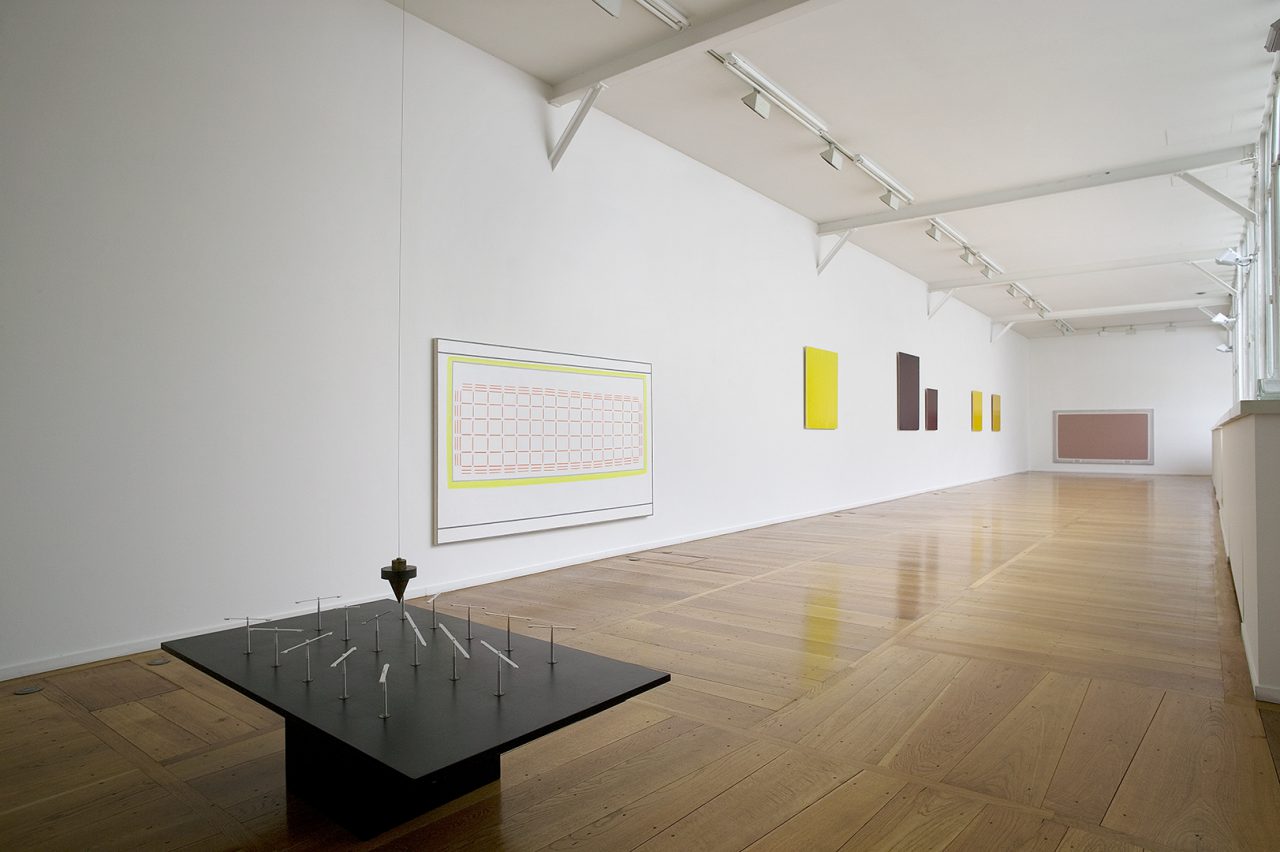 In theory, total abstraction, the absolute liberation from all reference, can only be conceived of in the cosmos, freed from constraints of gravity. The legend has it that abstraction was discovered by Kandinsky when he placed a freshly painted landscape upside down. With this distracted gesture, he did not erase realism, but substituted another designation of reference by attributing a new top and bottom to his work.

The modernist revolution thus presents from its inception a constitutive dependence (like all solid bodies) on magnetic gravity. An image, albeit as little descriptive as it may be, depends on an orientation, and the condition of its imagined materiality is submitted on the viewer’s behalf to terrestrial gravity. Is this very gravity, this attachment to a correct orientation of the work, the last qualifying link with the real ?

The vertical motion of universal gravity paradoxically accompanies the horizontal motion of looking, as if the weight of the colors, the mass of colored surfaces demands an interiorized contemplation, a profound physiological gravitation, so that we meet within ourselves a center, an unknown force of attraction.

The exhibition Weight Watchers, presented by the Xippas Gallery in Paris from December 6th 2008 to January 31st 2009, will feature new works by Joseph Marioni, Dan Walsh, Ian Davenport and Peter Halley, each of whom engages (in their own manner) in the preoccupation with the gravity of color and of surface. The large work by Takis, the leitmotif of whose œuvre is a passion for magnetic forces, is at the center of this proposal for an exhibition, itself developed around an idea of abstraction that inscribes, in the depth of colors and of forms, a peaceful consciousness of our own physical materiality, of our presence.