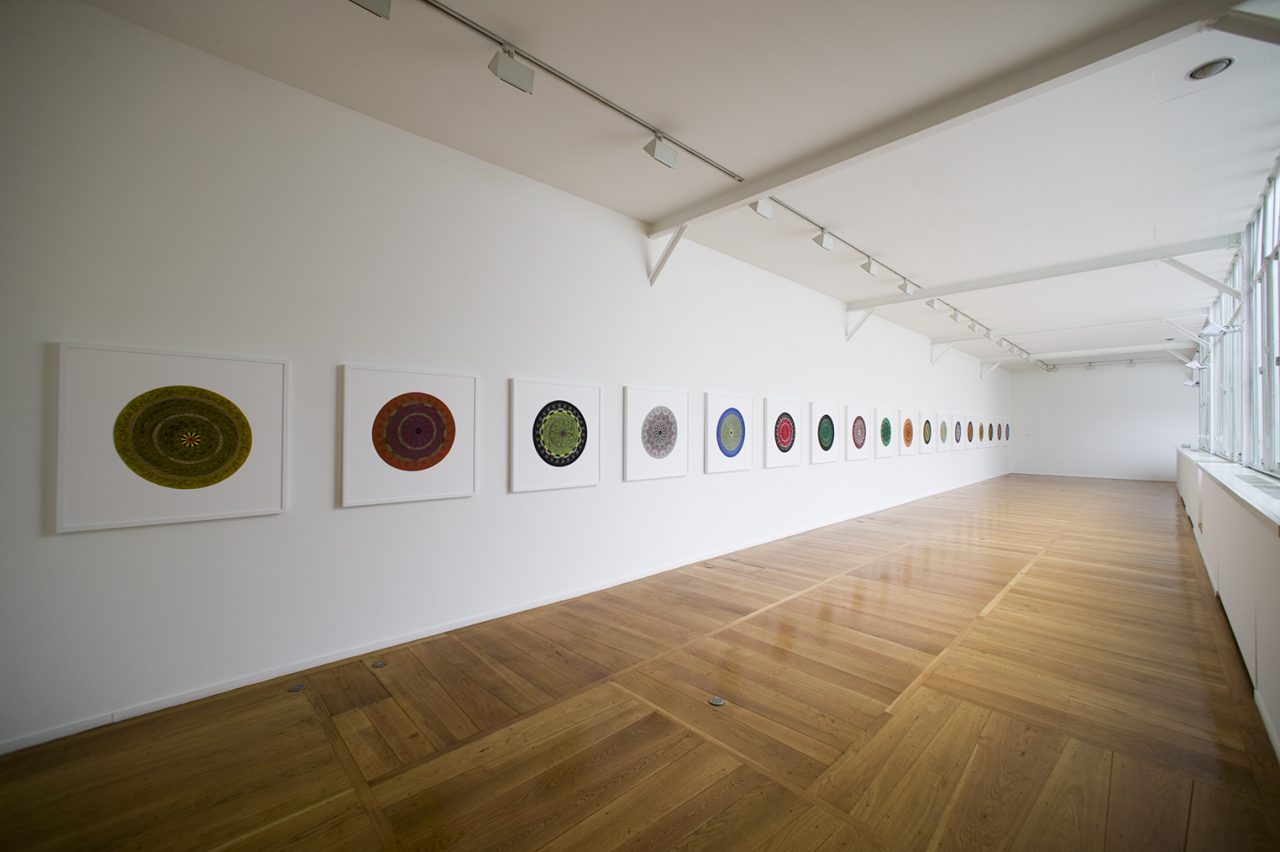 For his new solo show at Galerie Xippas, Stephen Dean is presenting a new video entitled Grand Prix and a series of new works on paper under the title Target.

Grand Prix, has been filmed at the North-Est of the United States during the « demolition derby » championship. The races have no other goal than the end of movement. Contrary to usual car races where the spectators fear the destruction of a car, in these tournaments the winner is the last one whose car can still move. All the cars are painted and customized for this ritual that celebrates the accident. “Grand Prix” follows a progression towards chaos, as well as the human desire for destruction. Steel is torn apart and smashed, tires explode, motors caught fire. Menacing and flamboyant these events are filmed as a sculpture in the process of destruction.

Works on paper, works in paper, Target is a series of « paintings » that begun simultaneously with the filming of Grand Prix. Fascinated by the geometry of the dart boards, the same way he has been by the abacuses or the crosswords, Stephen Dean understood that their structure is modifiable: a roll of paper so tightly rolled that it is possible to apply colors on it. By unraveling the roll of paper, sometimes up to 80 meters long, Dean dislocates the order of colors and animates the motifs all the way to disturbing the eye of the spectator. Target summons souvenirs and references such as Picabia, Johns, Vasarely or Riley, as well as Tex Avery cartoons.

With the same movement that manipulates a dart board and transforms into a vortex, Stephen Dean films cars racing to be demolished in order to become an amorphous volume of color and matter.

Stephen Dean was born in Paris in 1968. He lives and works between New York and Paris.
Forthcoming shows include Site Santa-Fe: Still points of the turning world (July 7 to December 9, 2006. The Miami Art Museum is holding a solo presentation of his videos between June 13 and August 13, 2006.
Stephen Dean’s work was included in the 51st Venice Biennial, the Sevilla Biennial in 2004 by Harald Szeemann, the Istanbul Biennial in 2003 by Dan Cameron and the Whitney Biennale in 2002. His films have received numerous prizes in festivals around the world. In 2004 he was awarded the Franco-Spanish Prix Altadis.