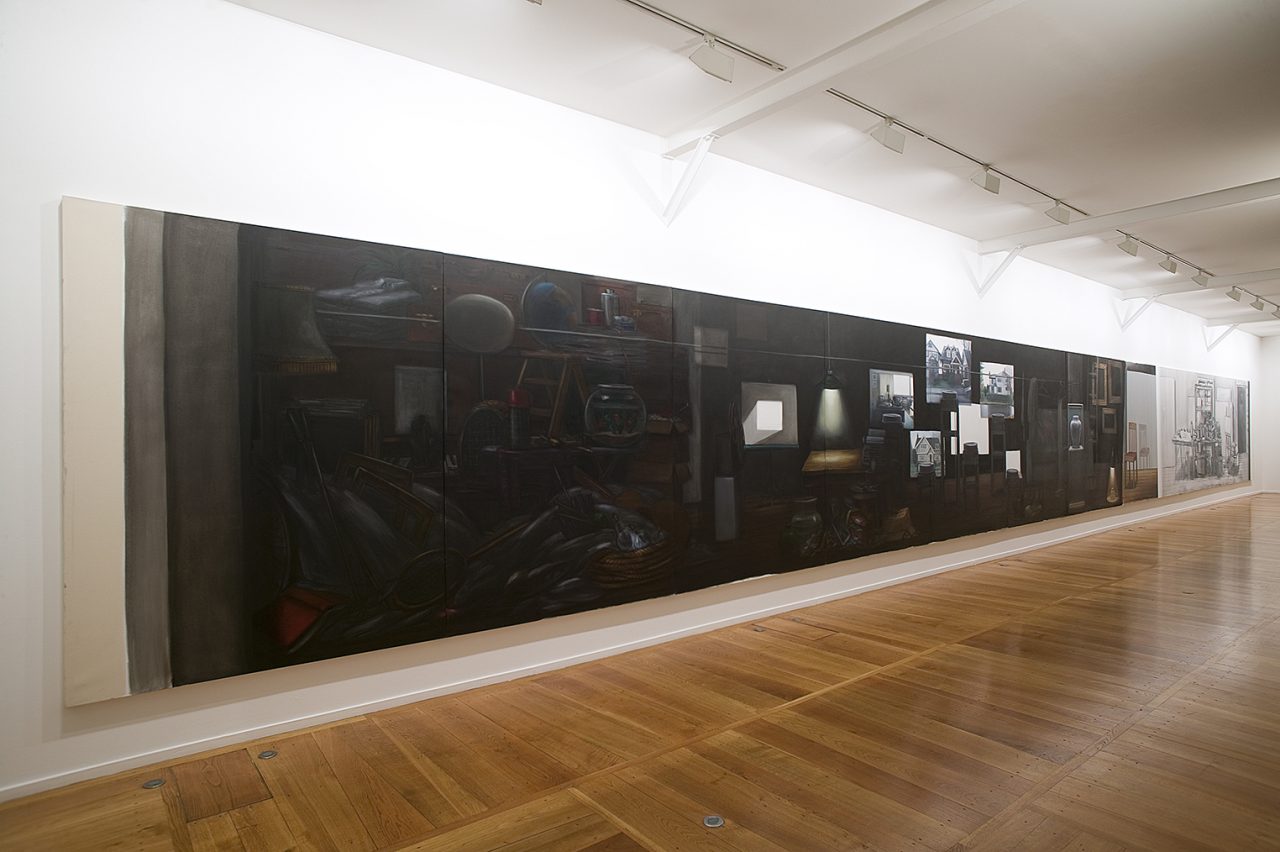 Important figure of the British contemporary artistic scene, Lisa Milroy has made her name in the early 80’s through her mundane objects paintings, in the still life tradition– shoes, books, clothes, post stamps, vinyl discs, plates – or with rarer subjects such as Greek vases, Roman coins, that she represents by the inventory method or the collection one, on a grayish neutral background, that enables the isolation of all contexts.
In order to explore all qualities of still life, since the early 90’s, Lisa Milroy decides to send her painting’s objects back to the world its belong to and to paint them in their original context, including architecture, people and animals. Crossing a new step at the end of the 90’s, her feelings and emotions become her painting subjects. It results in a faster and gesturement approach, based on life instants.

For her second solo exhibition at the Galerie Xippas, Lisa Milroy presents a 12 polyptych panels, measuring almost 20 meters long. With this monumental piece of art, entitled « Black and White » particularly emblematic of her painting pleasure, Lisa Milroy invites the spectator to penetrate her workshop intimacy. The painting’s right side is a black and white representation of a classical workshop scene, with its paint brushes, its canvas, and so on…Then we go forwards – literally speaking, since the format is imposing movement – and the composition reveals in a metaphorical way, through the objects that are scattered in the space, the artist’s approach and the creation process of the work of art.

Lisa Milroy was born in 1959 in Vancouver in Canada. She currently lives and works in London. In 2001, the Tate Liverpool devoted her a solo exhibition on all of her work since 1983. She have just exposed at the Ikon Gallery in Birmingham. She is represented by the Alan Cristea Gallery in London and by the Galerie Lelong in Zurich. Her works of art can be seen in many collections, in Europe, Japan as well as in the United States.

She has been elected as a member of the Royal Academy of Arts of London in 2006.