The Greek landscape once again constitutes the background for the new body of work by Panos Kokkinias. This time, in addition to the alienation from nature and the transferring of our urban neuroses onto it, one can discern a concern for current political and social developments.
The depictive stereotypes of the Greek psyche, such as the sea and the antiquities, assume new roles, transform themselves and end up in self-nullification. The small human figures seem to lack any contact with their environment. Their efforts to disengage appear to be doomed. Momentary hopes and public celebrations lead to emptiness and despair. The Myth collapses, often in a way bordering between tragedy and comedy. 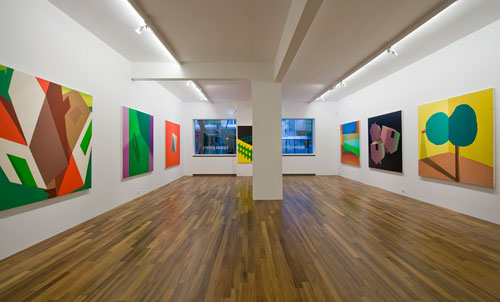