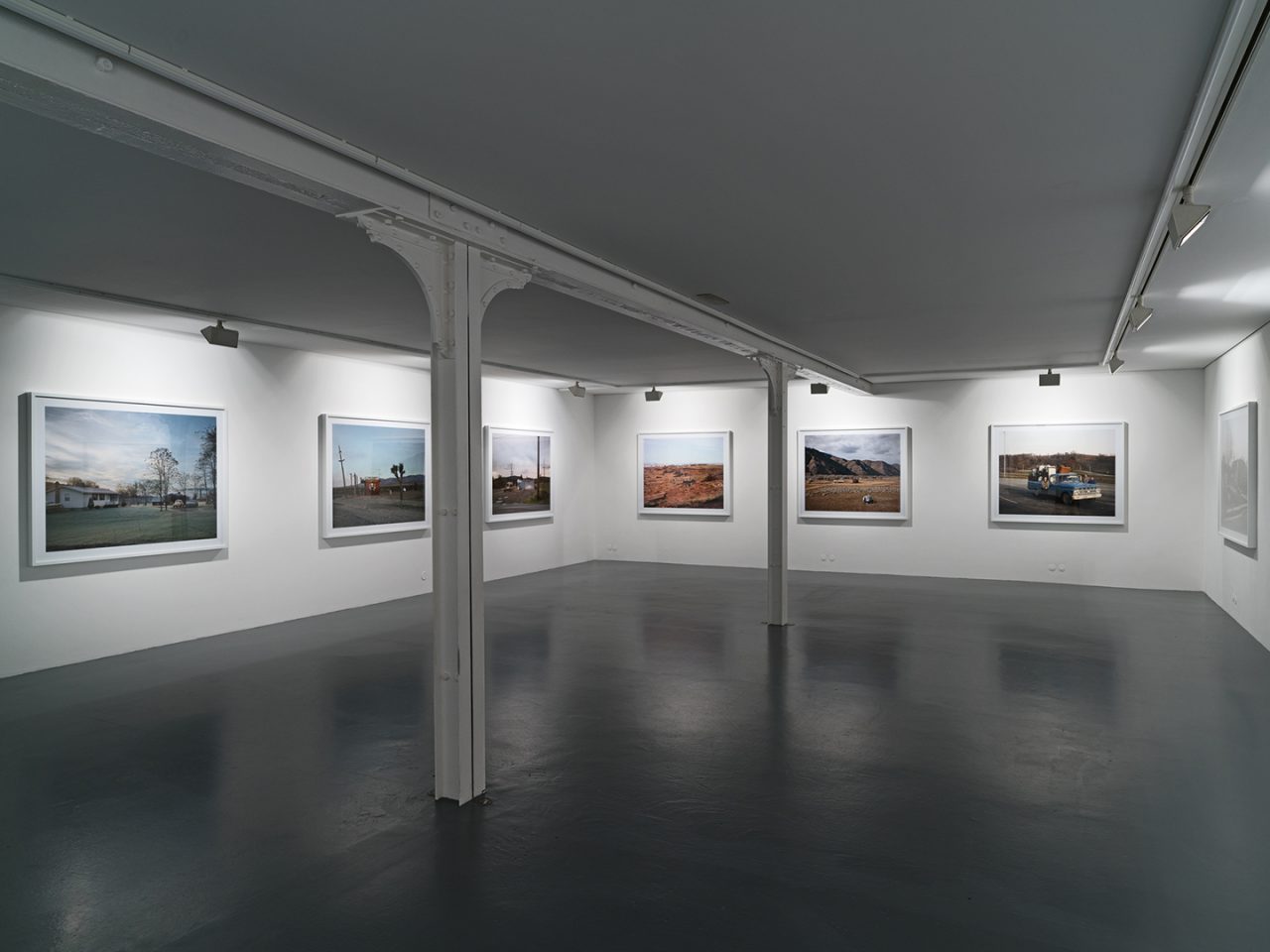 Xippas Paris is pleased to announce Joel Sternfeld’s first personal show with the gallery. Entitled American Prospects Now, the exhibition features 13 large scale photographs from his renowned study American Prospects, that have never exhibited before. It will also celebrate the imminent release of a revised edition of American Prospects by legendary publisher Gerhard Steidl.

In the late seventies, aware of the environmental and social changes sweeping through America, Joel Sternfeld set out on road trip in a Volkswagen camper van, with the intention of depicting a country poised between bright hopes and dark possibilities. Undertaken during the end of the Carter era and most of Reagan’s, his journey took him throughout the United States. Now, 40 years later, in a time of global climate and political uncertainty, the questions raised by these pictures appear more urgent than ever and give further meaning to the title chosen for this exhibition.

When the book American Prospects was published in 1987, its historic importance was immediately recognized. Writing in the Guardian Sean O’Hagan has noted that “American Prospects is now regarded as a classic. With its merging of the deadpan and the ominous, it has been as influential on succeeding generations of documentary photographers such as Stephen Shore’s Uncommon Places or William Eggleston’s Guide”.

The historical context of photography is equally significant to fully grasp the importance of American Prospects: when Sternfeld set out on his journey, fine art color photography was in its infancy. Using an 8’ x 10’ large format camera, seeking a vantage point high above and back from his chosen scene he was able to forge a new vision, which presented the contingencies of human and natural events in a form reminiscent of master narrative tableaux, slowly revealing their secrets through intimate details.

In the show are compelling images that remind us of the complexity of the American experience. A family in West Virginia stands beside an open pick-up truck filled with their earthly belongings including a box of Cornflakes, resonant of Millet’s “Angelus” painted a century before. Sheep graze beside a Basque shepard’s wagon: behind them, the multi-million dollar vacation homes of Sun Valley Idaho, in log cabin style. Hundreds of men gaze at a woman in a bikini contest in Fort Lauderdale Florida. Beside them on the wall a lone figure swings on a “jungle gym” reminding us that the primordial is never far from the surface. And in a painful reminder of the origin of the American Experience, three Navajo native Americans sit on a red Arizonan mesa and gaze off into the distance where lies a suburban development. Sternfeld thus depicts an America of wealth, exuberance, excitement and simultaneously of inequality and social complexity.

Although the many innovations of Sternfeld’s American Prospects bear echoes of European landscape painters such as Patinir and Brueghel its application to photography was ground breaking.

As Kerry Brougher, Chief Curator at the Hirshhorn Museum has written in the introduction of to the book : “If the contamination of paradise has often been Sternfeld’s subject, he has likewise tainted the purity of photography in order to capture the condition of America. His shift from spontaneous snapshot to picture making helped open the gates for a new type of photography now practiced by Gregory Crewdson, Rineke Dykstra, Andreas Gursky, Thomas Ruff, Thomas Struth and Jeff Wall among many others…”