Joël Stein and the Grav 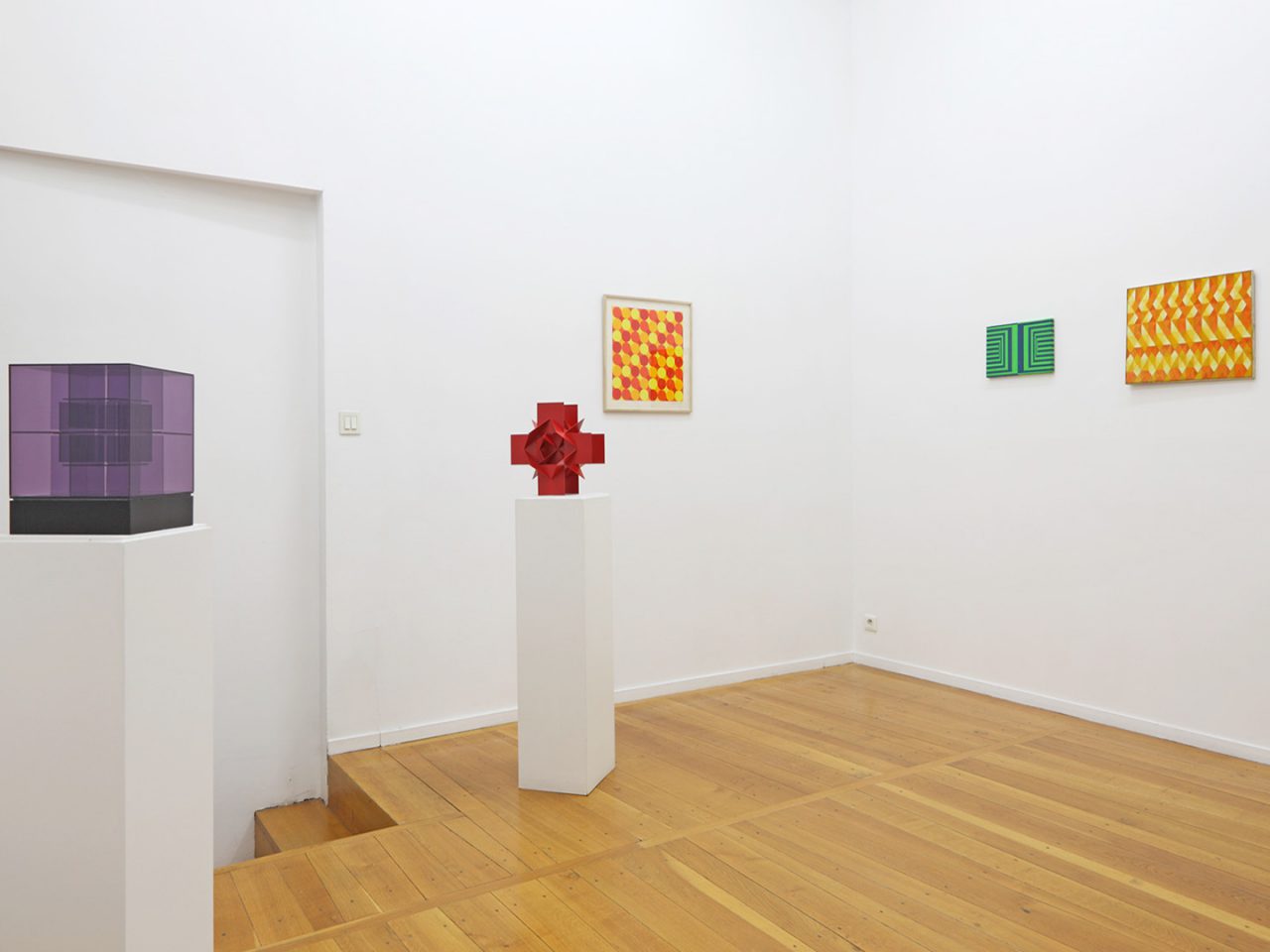 The visual and participatory strategies of Groupe de Recherche d’Art Visuel (GRAV – Research Group in Visual Art) ranged from programmed structures to objects that can be manipulated and transformed, from soliciting spectators to fun, recreational establishments. They were explored by Joël Stein (1926-2012), who was one of the group’s founding members in 1960 along with François Morellet, Jean-Pierre Yvaral, Julio Le Parc, Francisco Sobrino and Horacio Garcia-Rossi.

After meeting Morellet, Stein adopted in 1956 all the principles of abstraction (as the most controlled and homogenous organization of a surface) through the systematic operations of repetition, progression, and permutation, to affect at once form and color. The ideal is anonymous research, contrary to the mythology surrounding the image of the artist as a solitary and inspired genius – “this exuberant eloquence surrounding the artist and his personality,” accompanied the development of lyrical abstraction. On this point, several South American artists are in perfect agreement, having recently arrived in Paris with the pictorial inheritance from the same source: Max Bill and concrete art as well as Victor Vasarely and the presage of what he already called “kinetic.”

After GRAV had formed, Stein’s research veered in the direction of the well-defined group program: retinal stimulation and visual instability. He superimposed grids and weaves and explored the moiré pattern and grouped some of the results together in the album Jeux de trames (1962). Pierre Schaeffer wrote the preface and Stein was in contact with the composer while working on another group project typical of this decade of polymorphous experiments: Groupe de Recherche Musicale of the ORTF (Music Research Group at the Office of French Radio and Television). There he produced television image and credit sequences and the filmmaker Henri-Georges Clouzot gave him and his colleague Yvaral free rein on hallucinative special effects in L’Enfer (1964, unfinished) and de La Prisonnière (1968).

Similar to his colleagues at GRAV, and in step with the participatory utopia of the time, Stein quickly moved beyond the experimental field of the “art-eye relationship” to invent forms that the spectators could interact with directly. Called to touch and manipulate, the spectator was now in contact with fun forms which he had to operate: kaleidoscopes and landscapes covered in mirrors that multiply reflections of hanging globes, transformable objects and mirrors, machines for deformation and anamorphosis, etc. Similar to the Boulier (1965), the majority of objects were part of the famous Labyrinthes that GRAV members reproduced on several occasions over their years of activity. In this highly fun and participatory environment, the group aimed to achieve the noblest of political and societal goals: the advent of a new democratic public in the communicative euphoria of game and play. Joël Stein is the principal theoretician of this new homo ludens: “In play, we completely engage the adult or child spectator – whether ignorant of educated, it matters not – a situation is created and draws attention that doesn’t rely on knowledge but on surprise, movement, and provocation.”

The self-dissolution of GRAV at the end of 1968 went hand in hand with the assessment that the revolution the artists had sought had been accomplished. Stein went on to experiment with a laser and returned to his research on the chromatic interactions – darkness and light took a variety of shapes that will soon be exhibited again. The GRAV years weren’t just an enchanted parenthesis, but were also a moment in a career that was entirely driven by the unique insatiable curiosity regarding visual phenomena and the perceptible universe.