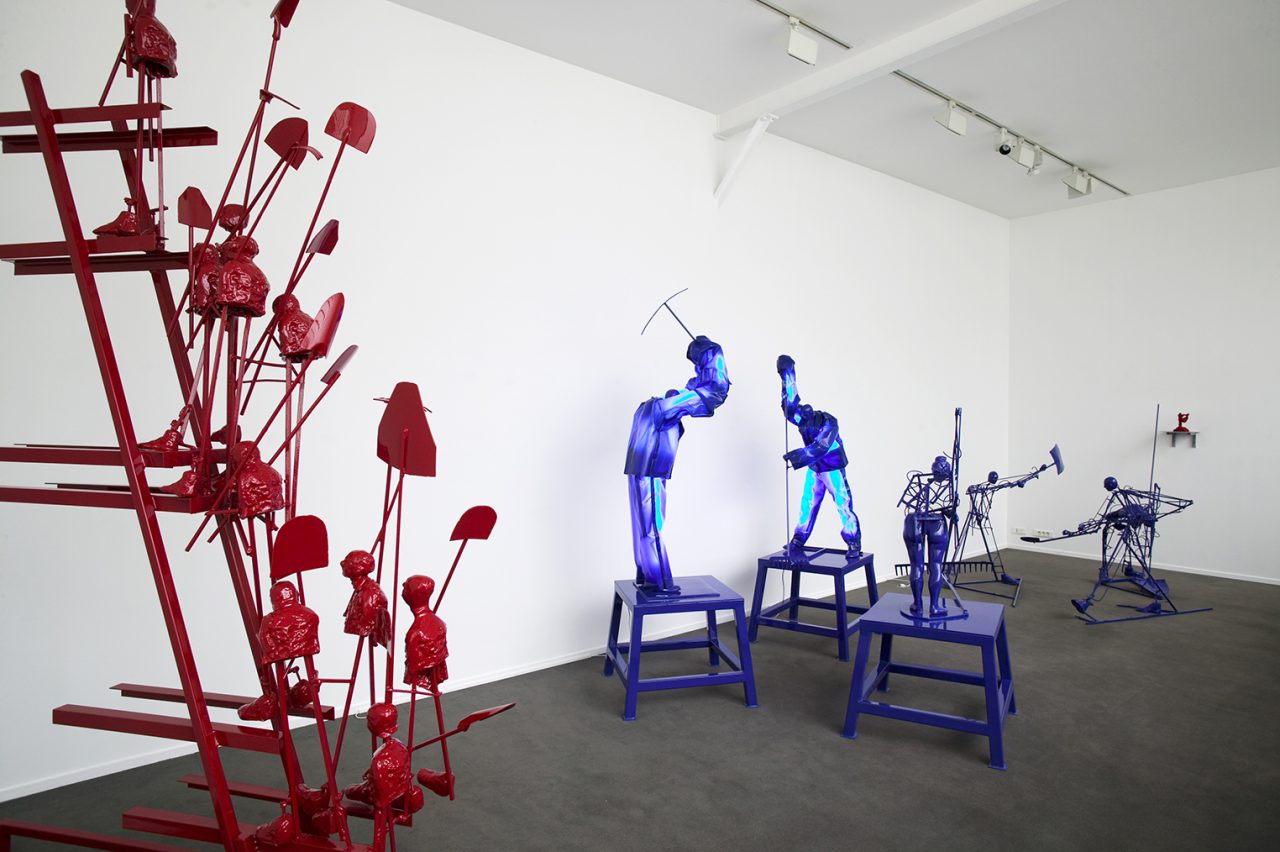 His sculptures take us into areas that we can comprehend only if we are willing to free ourselves of the preconceived images that the media overwhelms us with. The objects that he comes up with are not part of the collective imagination, or our iconography. Neither are they a reference to products whose design follows any form or fabrication constraints. Rather, deformation, remodeling and reorganization of volumes are the many expressions that pull you towards a non-Euclidean world and transform the visible into a “vision”. The titles of the sculptures follow the same principles and are to be read as hints for the interpretation of the artwork.