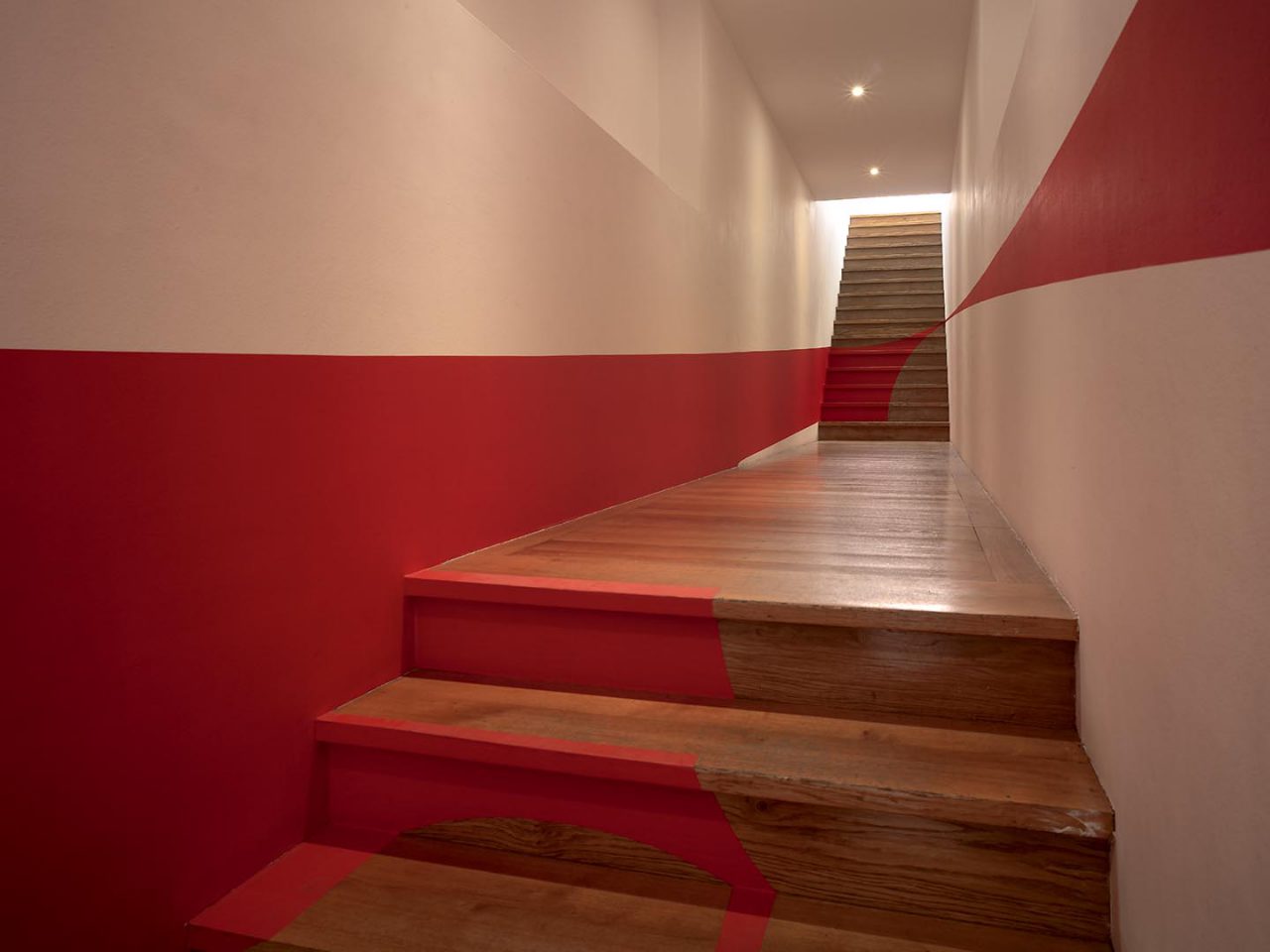 Swiss artist Felice Varini has been creating a body of work that situates itself on the frontier of pictoral creation for close to thirty years. His work and his paintings develop beyond the canvas.
Urban landscapes and closed spaces with pronounced architectural features are his terrains of action, in which geometric figures are inserted in the space at regular and irregular intervals so that the work can be considered in its visual coherence from a specific point of view. Felice Varini has created the installation rectangle, ellipse & disques for the galerie Xippas in its stairwell. Except for a small number of projects, the monumental and emblematic stairwell remains a passageway that few artists have invested since the gallery opened in 1991. The simple geometric forms of Varini’s installation dramatically change one’s perception of the space and counteract the complexity of its architecture.