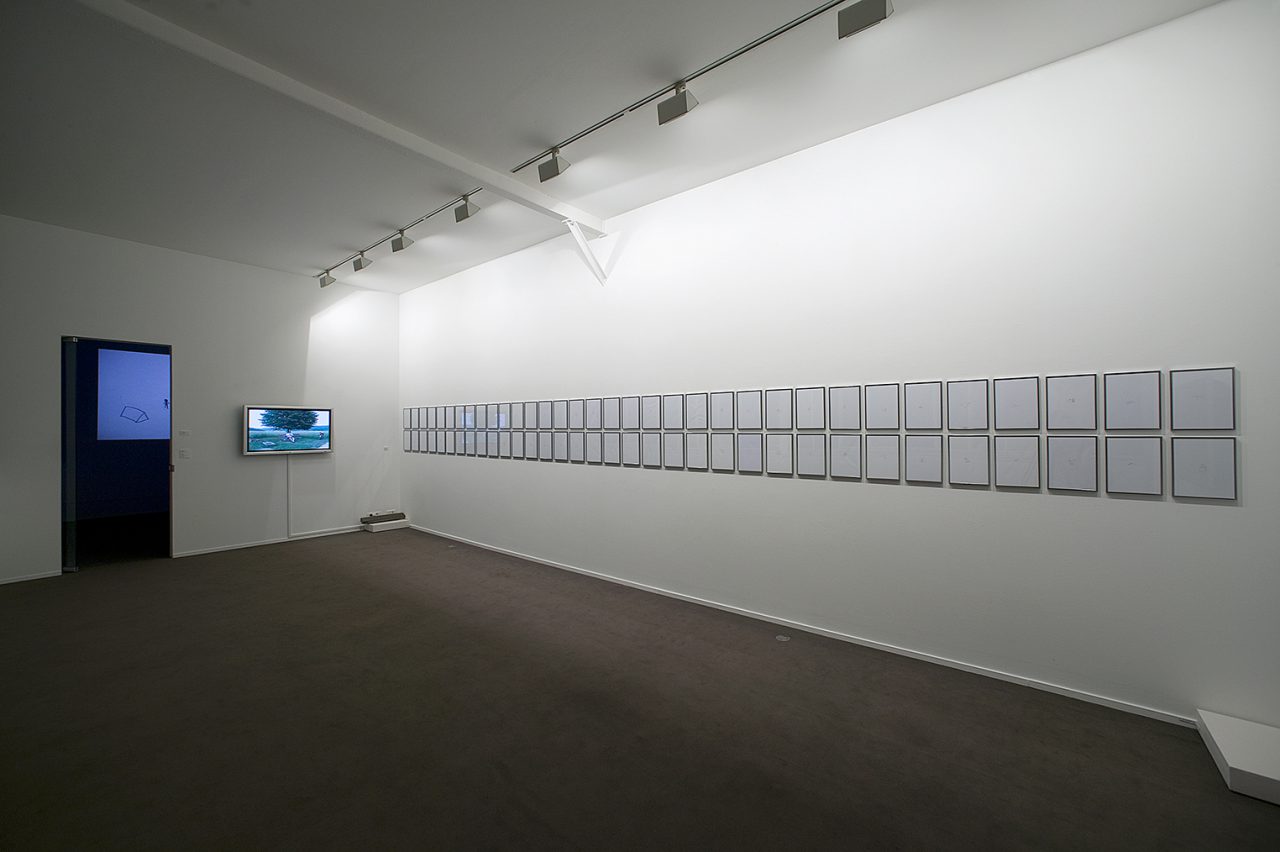 For his first personnal exhibition at the Gallery Xippas, Denis Savary presents a collection of around sixty drawings and a selection of videos. His approach towards these mediums is representative of a singular form of simplicity.
Denis Savary draws small scenes, in pencil, comprised of only a few sketched lines placed in the centre of a standard sheet of A4 paper. Each line is mastered and the subject reveals itself furtively. Any addition to the motif would result in an alteration of the fragile apparition on the page. Day by day, by way of an immutable framework, the artist has fixed over a thousand images, which are then carefully stored away in cardboard boxes.