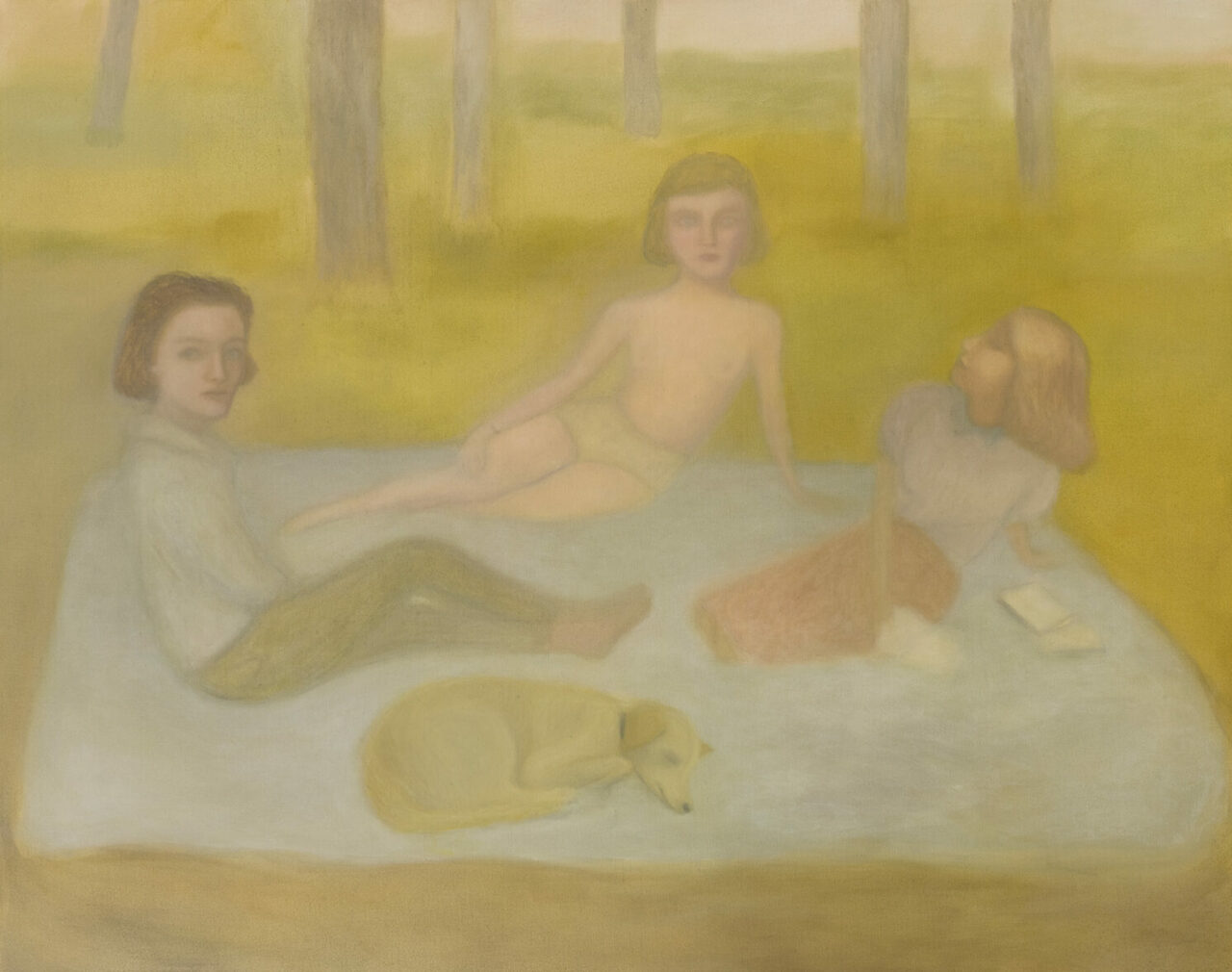 Chechu Álava was born in Piedras Blancas, Asturias (Spain) in 1973. She lives and works in Paris.

For over ten years, Chechu Álava has been creating dreamlike portraits that merge her passion for art history and her interest in gender studies, while challenging and questioning the patriarchal narrative.

Her paintings, inhabited by female figures, often resurrect the work of neglected women artists and poets that Chechu Álava acknowledges as her inspirational models – Suzanne Valadon, Sofonisba Anguissola, Anna Akhmatova, Lee Miller… Sometimes, her paintings “rescue” female representations from the equivocality of the “male gaze”, by borrowing them from the paintings of old masters such as Botticelli, Manet, Balthus or Cranach. These “borrowings” are however almost never direct quotations. They are more often reinventions and reconstitutions, stitched together, Frankenstein-like, from multiple references.

Chechu Álava’s enigmatic and hazy paintings have an alchemical dimension and flit between subject and object, outer and inner worlds, the unconscious and the conscious. Born in 1982 in Paris, Mathieu Cherkit lives and works in Vallery, France.

In 2014, her œuvre was chosen by an international selection committee to feature in the “100 Painters of Tomorrow” catalogue published by Thames and Hudson.